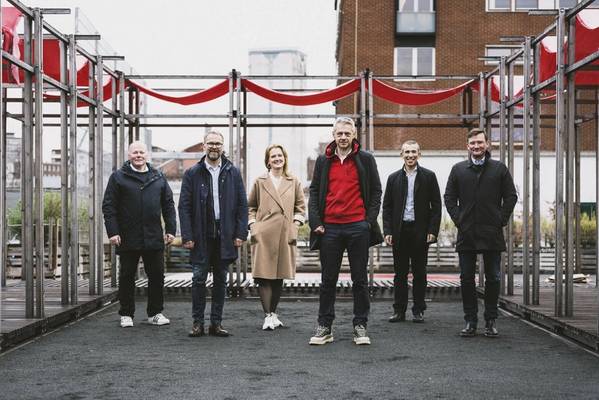 HitecVision-backed Norwegian oil firm Sval Energi has signed an agreement with Spirit Energy to acquire the majority of Spirit Energy’s Norwegian operations and assets in a transaction valued at $1,026 million.

According to Sval Energi, the transaction is the largest acquisition on the Norwegian Continental Shelf (NCS) since 2019. Under the agreement, Sval Energi will acquire the operations and assets of Spirit Energy Norway AS, apart from its ownership in the Statfjord fields, which will be acquired by Equinor.

The acquisition will add approx. 40,000 boe/d of production at the closing of the transaction, as well as additional resources that will take Sval’s total production to 60,000 boe/d by 2023. Plateau production from the combined company is expected to reach 60,000 boe/d in 2023.

This is Sval’s sixth acquisition since acquiring Solveig Gas in 2019.

"Through this transaction, Sval is further strengthened with an experienced, competent and accomplished team. Spirit Energy’s Norwegian portfolio adds material production and gives us a good asset base for further growth on the NCS”, said Nikolai Lyngø, CEO of Sval Energi.

Following the acquisition of Spirit Energy, Sval Energi’s portfolio will consist of material producing assets as well as ongoing and planned development projects which will add further production in the short to medium term, Sval Energi said.

The portfolio also holds discoveries and exploration licenses with future growth and value potential. Through this transaction, Sval Energi becomes the operator of two producing subsea fields, the company said.

“We are taking an active role in all our assets to secure safe and efficient operations, and we work continuously to reduce the carbon footprint from our production. With this transaction, our portfolio will at plateau have an average carbon footprint of approximately 6 kg CO2 per barrel of oil equivalent, well below the average on the NCS”, added Lyngø.

Chris Cox, Chief Executive Officer of Spirit Energy, said: “The sales agreements are in accordance with the strategy of Spirit Energy’s owners to reduce the carbon intensity of its portfolio. Over the last 15 years, we have created an attractive cash-generating business in Norway with producing assets, future developments and exciting exploration opportunities. Sval Energi is acquiring a successful and solid business.”

Spirit Energy will continue as a business in the UK and in the Netherlands.

Cox added: “In the UK and the Netherlands, our focus is on realizing value from our remaining reserves, safely and efficiently decommissioning our facilities and wells with minimum environmental impact, and pursuing energy transition opportunities in our assets as part of our commitment to support the UK’s journey to net zero.

"After the sale of Spirit Norway, Spirit Energy is now predominantly a gas business which will continue to provide much-needed energy to households and businesses, with a low carbon footprint.”

The Spirit Energy Norway workforce will be transferred to Sval Energi AS, as the sale constitutes a transfer of undertaking according to the Norwegian Working Environment Act chapter 16.