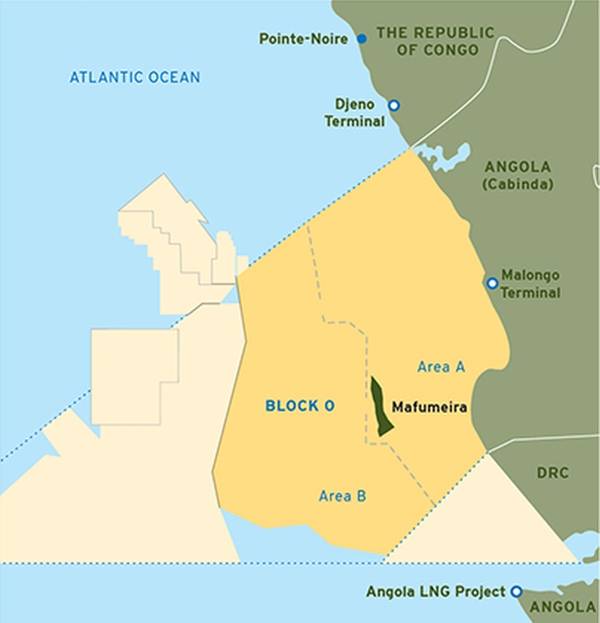 The agreement extends the concession for 20 years, through 2050. Under the renewed agreement, CABGOC will remain the operator with a 39.2 percent interest on behalf of its partners “Sociedade Nacional De Combustiveis De Angola – Empresa Pública (“Sonangol EP”) with a 41 percent interest, TotalEnergies EP Petroleum Angola (“Total”) with a 10 percent interest, and Eni Angola Production B.V. (“Eni”) with a 9.8 percent interest.

“We are pleased with the opportunity to continue to partner with the government of Angola and our Block 0 associates to apply our industry-leading exploration and production capabilities in Angola, where we have had a presence for more than 60 years,” said Billy Lacobie, managing director of Chevron’s Southern Africa Strategic Business Unit.

“We are proud to have played a significant role in the development of the country’s oil and gas industry, and we look forward to continuing to help provide reliable, affordable, ever-cleaner energy that enables human progress and powers Angola forward.”

In addition to Block 0, CABGOC operates and holds a 31 percent interest in a production-sharing contract (PSC) for deepwater Block 14, located west of Block 0. In 2020, CABGOC’s net daily production averaged 89,000 barrels of liquids and 340 million cubic feet of natural gas.

Chevron also has a 36.4 percent interest in Angola LNG Limited, which operates an onshore natural gas liquefaction plant in Soyo, in Zaire province. The plant has the capacity to process 1.1 billion cubic feet of natural gas per day. ALNG is the world’s first LNG plant supplied with associated gas, where natural gas is a byproduct of crude oil production. Feedstock for the plant originates from multiple fields and operators.