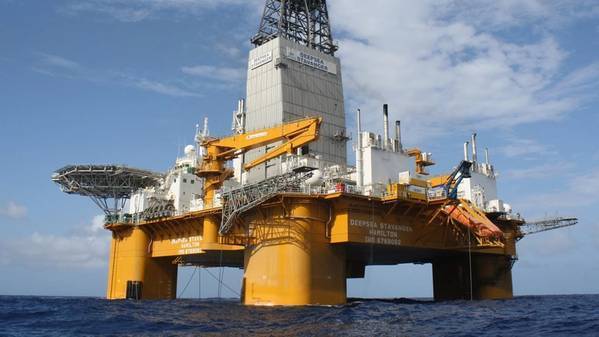 Norwegian oil and gas company Aker BP has made a minor oil discovery at the well 24/12-7 - known as Lyderhorn East prospect - in the Norwegian section of the North Sea.

The Lyderhorn East well was drilled about 17 kilometers southwest of the Bøyla field in the North Sea, and 230 kilometers west of Stavanger. Aker BP used Odfjell Drilling's Deepsea Stavanger semi-submersible drilling rig for the drilling operation.

According to the Norwegian Petroleum Directorate, preliminary calculations of the size of the discovery show approx. 0.8 million standard cubic meters (Sm3) of recoverable oil equivalent. The licensees do not consider this discovery to be commercial.

This is the first exploration well in production licence 1041, which was was awarded in APA 2019 licensing round.

The well was drilled to a measured vertical depth of 2275 meters below sea level. The water depth is 118 meters. The well has now been permanently plugged and abandoned.