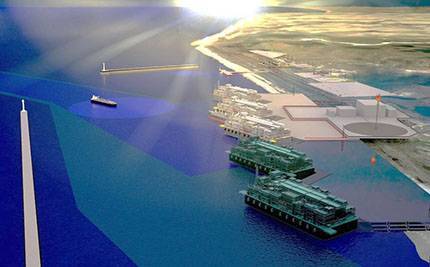 "We are studying the dossier ... though no decision has as yet been taken," Antonio Fallico, chairman of group unit Banca Intesa Russia, told Reuters on Wednesday.

Fallico said the bank had been invited to look at the financing deal by SACE, the state-owned Italian export credit agency.

"If the bank decides this project does not breach our policy in some way we'll do it," he said.

In September, Novatek CEO Leonid Mikhelson voiced concern that European governments were not keen on helping the company in the face of environmental opposition.

A group of mostly Green Party lawmakers from the European Parliament in May urged the leaders of Germany, France and Italy not to support the project due to climate change concerns.

The $21 billion project, which received final investment approval in 2019, is expected to reach full capacity of almost 20 million tonnes per year in 2026.

Mikhelson said in September Novatek had credit lines open for a third of the total financing from Russian banks, adding Chinese and Japanese banks could provide the rest.

Russia has ambitious plans to become a world leader in the production of so-called blue and green hydrogen, targeting a global share of 20%. (Reporting by Stephen Jewkes; Editing by Valentina Za and Mark Potter)