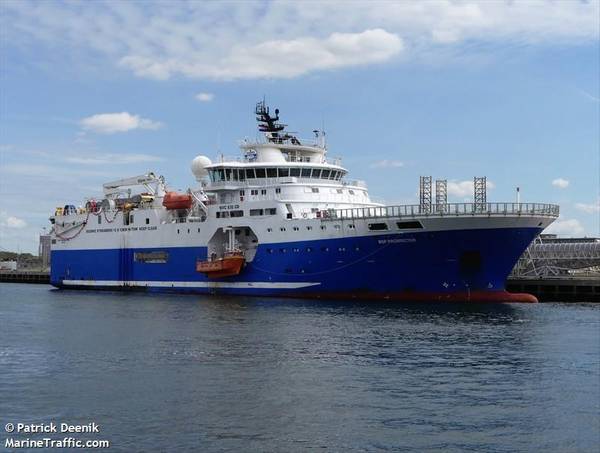 Under the agreement, the consortium will be able to acquire, promote and license multi-client seismic programs, including new 3D acquisition and legacy data reprocessing, in the shallow water acreage offshore Suriname.

Suriname’s shallow offshore acreage includes three blocks recently awarded, and current open acreage is scheduled to be offered in a competitive bid round for 2023.

"The new seismic data from the consortium’s multi-client programs will be instrumental in accurately delineating the prospectivity and potential of this underexplored area and is on trend with the recent material discoveries announced on the prolific block 58," TGS said.

Plans are in place to start acquiring the new 3D seismic data in the shallow offshore area from Q4 2021 with the first products being made available during H1 2022.

BGP will deploy its 3D vessel BGP Prospector on phase 1 of the survey project.

PGS' 104.2 meters long Ramform Tethys seismic vessel is scheduled to start the acquisition during the fourth quarter of 2021, and it is planned to complete in the first quarter of 2022.

Suriname has been dubbed the next offshore oil hot spot, following ExxonMobil's discovery of more than 9 billion barrels of oil equivalent in nearby Guyana.

Explorers in Suriname, including ExxonMobil itself, have been hoping to replicate Exxon's Guyana successes, and have recently to some degree succeeded, with Apache and Total (now TotalEnergies) announcing several discoveries in the past year.

ExxonMobil, as a partner in Petronas-operated Block 52, offshore Suriname, in December 2020 made its first discovery in the country, with the Sloanea-1 exploration well.