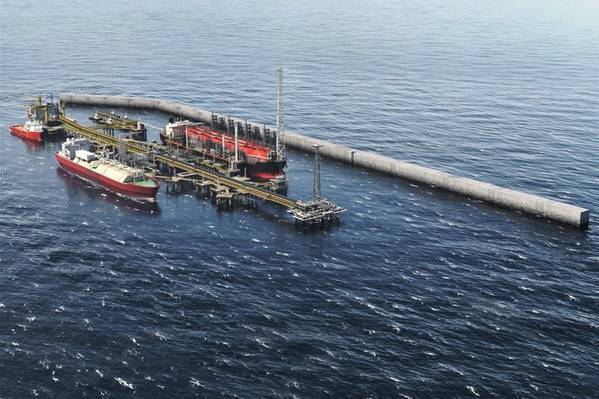 The contract is for the pre-installation and subsequent hook-up of the subsea mooring system for a natural gas FPSO to be deployed at the Greater Tortue Ahmeyim project, on the maritime border of Mauritania and Senegal.

Technip Energies in 2019 won a contract from BP for the engineering, procurement, construction, installation and commissioning (EPCIC) of the FPSO.

The GTA project is a development that will provide gas to both the domestic market and the wider market via the inshore LNG hub/terminal.

Commenting on the contract: Odd Strømsnes, CEO, Havfram said: "The Greater Tortue Ahmeyim FPSO Mooring Pre-Lay and Hook-up project is another significant mooring project award in what is a core business line for Havfram. This award further enhances our already strong track record in complex mooring projects and we are proud to have been chosen by Technip Energies for their award of such a significant project.”

Under the contract, of an undisclosed value, Havfram will project manage, engineer, transport and install some of the largest ever driven piles and corresponding mooring lines.

Havfram will later return to hook-up the pre-installed mooring system to the FPSO on its arrival in field, executing this critical path activity safely and efficiently.

The FPSO will be stationed 35km from shore in ~120m water depth.

Havfram’s project management and engineering team will be based in Havfram’s Aberdeen office in the UK. Work on the project has already started. Havfram is also currently contracted for similar critical start up processes for the Johan Castberg and Jotun FPSO on the Norwegian Continental Shelf.