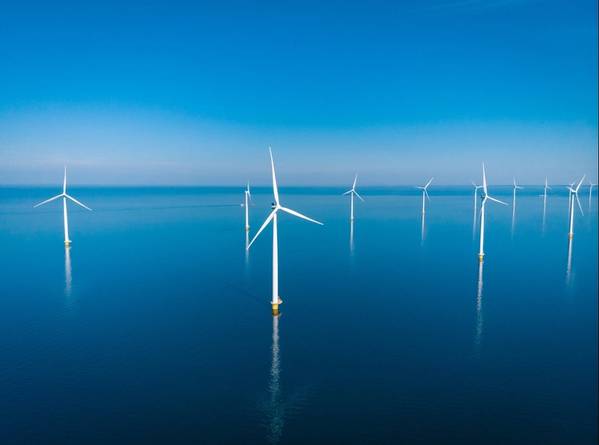 Wind power could make it possible to produce hydrogen without emitting greenhouse gases as cheaply as is currently feasible with fossil fuel energy by 2030, turbine maker Siemens Gamesa said in a white paper released on Wednesday.

Policymakers see green hydrogen, which is made with renewable power without emitting carbon, as a vital tool to help shift economies away from planet-warming energy sources and to stave off climate change, but want to reduce its sky-high costs.

Using onshore wind turbines to power electrolyzers that extract hydrogen from water could become as cheap as making it using fossil fuels by 2030, and offshore wind could get there by 2035, Siemens Gamesa said.

Siemens Gamesa said it based its cost forecasts on what it described as fair pricing for permits to emit carbon dioxide.

It also said it would only be possible to bring down the cost of green hydrogen and boost production if government and industry speed up building renewable capacity, developing a supply chain and supporting infrastructure.

"We can't underestimate the challenge of producing green hydrogen at the scale needed to deliver on the 2050 net-zero targets," it said.

Electrolyzers and battery storage can be added to existing wind farms, and sites near places that demand hydrogen can also start to produce it, the company said.

Siemens Gamesa, which dominates the global market for offshore wind turbines, said it is speeding up work on a prototype system to produce hydrogen-powered by offshore wind in the next five years.

It hopes to follow this with the first industrial-scale wind-to-hydrogen plant shortly afterwards.

Hydrogen has long been used as rocket fuel, in oil refining, to produce ammonia for fertilizers and to make steel and chemicals but production of this "grey" hydrogen usually relies on natural gas or coal, in processes that emit large amounts of carbon dioxide.

While governments are looking to transform their economies to run on electricity, they hope green hydrogen could also power industry, transport and heating, which are harder to electrify.

(Reporting by Isla Binnie in Madrid and Vera Eckert in Frankfurt; editing by Jason Neely)