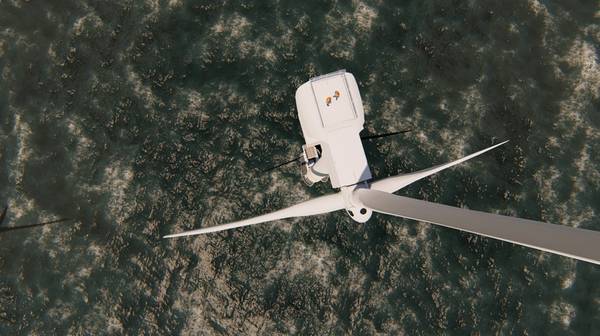 EDF Group, Enbridge, and wpd on Monday announced the launch of construction activity on the Calvados offshore wind farm (Courseulles-sur-Mer) in France.

The announcement follows the finalization of financing agreements between the consortium and its financial partners.

The 448 MW Calvados offshore wind project will comprise 64 wind turbines located more than 10km from the Bessin coastline and will cover a total surface area of around 45km².

Upon its commissioning, scheduled in 2024, it will generate the equivalent of the annual electricity consumption of 630,000 people, or over 90% of the Calvados French department's population.

The total project cost is estimated at around €2 billion (around $2,4 billion). The majority will be financed through non-recourse project finance debt. The Calvados offshore wind farm holds a 20-year power purchase agreement (PPA) granted by the French government in June 2018.

The three-and-a-half-year construction project will create over 1,000 direct jobs in Normandy.

The project's wind turbines will be manufactured in Le Havre at Siemens Gamesa Renewable Energy's Quai Joannes Couvert plant, which is currently under construction.

Upon commissioning scheduled in the first half of 2022, a total of 750 direct and indirect jobs will have been created, the companies running the offshore wind farm project said.

The plant will also manufacture the 71 wind turbines for the Fécamp offshore wind farm awarded to the same consortium, which construction began in June 2020. The wind turbines will be assembled at the Port of Le Havre, then shipped to the installation site. Offshore construction activity is due to start in 2022.

RTE, which is responsible for connecting the wind farm from the offshore sub-station to Normandy's electricity grid, will start its onshore work in March 2021.

The consortium has now signed its main supply agreements with top-tier providers, including:

Siemens Gamesa Renewable Energy (SGRE) for the 64 7-MW wind turbines;
Saipem for the monopile foundations;
Prysmian Group for the sub-sea cables connecting the wind turbines to the offshore substation;
Chantiers de l'Atlantique, plus GE Grid Solutions and SDI for the offshore sub-station.

During its service life, maintenance of the wind farm will create approximately 100 sustainable local jobs based at the port of Caen-Ouistreham.

The group has so far commissioned three wind farms in Germany and recently gave the final go-ahead to invest in a 640 MW project in Taiwan. The company has a portfolio of 7.4 GW in offshore wind energy projects under development in Europe and Asia.

Bruno Bensasson, EDF Group Senior Executive Vice-President Renewable Energies and Chairman and Chief Executive Officer of EDF Renewables, commented: "We are thrilled to announce today that, together with our partners Enbridge and wpd, we are launching construction of the offshore wind Calvados (Courseulles-sur-Mer) project. The Saint-Nazaire, Fécamp and Calvados offshore wind farm projects awarded to EDF Renewables in the French government's first call for tenders in 2012 are coming to fruition, with construction now underway."

"Everything is coming together for our teams and all the local stakeholders who have worked with such passion, determination and expertise to help bring about a major step forward for the local economy's environmental and social transitions. In all, these three projects will provide employment for 7,000 people. Once the wind farms are in service, 300 sustainable jobs will be created, and they will generate sufficient electricity every year to cover the needs of 2 million people."

Matthew Akman, Senior Vice President, Strategy and Power, Enbridge added: "We are pleased to have reached a final investment decision on our third offshore wind farm in France, and for construction to formally commence on the Calvados (Courseulles-sur-Mer) project."

Achim Berge Olsen, Executive Director of the wpd AG Group and Chairman and CEO of wpd offshore France commented: "We are very proud that this next step in the Courseulles-sur-Mer project has taken place, after a long work undertaken by our teams in 2008 in Normandy. Beyond the industrial opportunities created by this project, the Calvados park anchors the sustainability of offshore wind in the French energy mix. It also paves the way for future projects that will emerge off the French coast in the coming years, for which wpd intends to continue to play a major role." 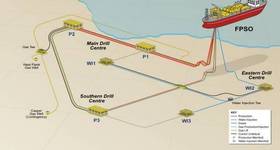