Stevens started in the shipping industry in financial planning at Sea Land Service Inc. and subsequently served as Treasurer of McLean Industries Inc. from 1972 to 1988.

"As the right-hand man for Mr Malcolm McLean, he was instrumental in building Sea Land to become a world leader of ocean transport of containers," Subsea 7 said.

Stevens served as Chairman and Director of Erie Shipbuilding from 2006 to 2009, and Chairman of Trailer Bridge Inc. from 2008 until 2012. He has also held senior executive and management positions with Great Lakes Transport Limited. He was Vice President and director of Masterworks Development Co., LLC. and co-founder of the Club Quarters hotel chain.

"The Board wish to express their gratitude for Allen's invaluable contribution to the Company and extend their deepest condolences to his family," Subsea 7 said. 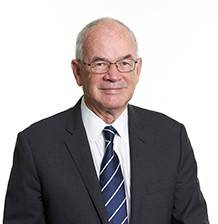