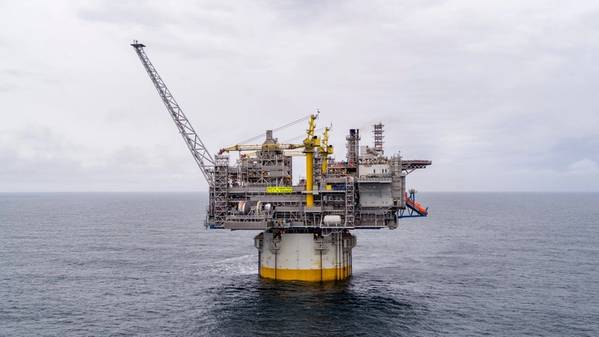 A key export terminal for Norwegian natural gas will close down on Saturday if a labour strike goes ahead as planned, resulting in a reduction of supplies to Europe, gas system operator Gassco said on Friday, sending prices sharply higher.

The Norwegian Oil and Gas Association (NOG) and Gassco warned on Thursday that the Nyhamna plant, which handles about a quarter of Norway's gas exports, will be closed unless a strike among security guards is called off.

Exports from the Nyhamna processing facility, which has a capacity of 84 million standard cubic metres (mcm) of gas per day, will be cut by 50 mcm on Saturday, Gassco said.

The overall impact on the market was less than the plant's 84 mcm capacity, Gassco said, partly because of possibilities for compensating the production loss from other sources.

Some 2,300 security guards organised by the Norwegian Union of General Workers (NAF) are on a nationwide strike over pay, and an additional 85 will go on strike from Saturday unless the dispute is resolved first.

A labour union official said the strike was set to go ahead as planned.

"There is no movement on either side," NAF spokesman Terje Mikkelsen told Reuters.

"There is some dialogue every now and then but there is no immediate end to it," he said.

The price of British wholesale gas for within-day delivery increased by 6.3% and other contracts also rose.

The Nyhamna plant processes natural gas from the offshore Ormen Lange and Aasta Hansteen fields, which are also expected to close when the plant shuts down, Gassco and the NOG have said.

The Norwegian government, which can invoke emergency powers to end workplace conflicts, said on Thursday it was closely monitoring the situation.

Governments have traditionally been reluctant to step in however, intervening primarily when lives or vital national interest are considered to be at risk.