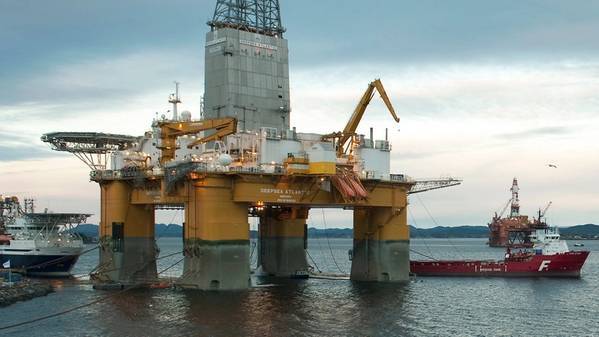 The contracts follow letters of intent announced in July 2020 for the Johan Sverdrup Phase 2, and in October 2020 for Breidablikk, with the Breidablikk drilling campaign subject to the approval of the plan for development and operation.

Odfjell said Monday that the final contracts had been signed for both drilling campaigns, on the same terms as shared in earlier announcements on the respective letters of intent.

The approximate contract value for the firm scope is up to $150 million.

As for the Breidablikk project, this is a subsea development with planned 23 oil-producing wells from four subsea templates that will be controlled from the Grane platform. Breidablikk will be tied in to the Grane platform for oil processing prior to being brought ashore at the Sture terminal.

Equinor will use the Deepsea Aberdeen drilling rig, which recently arrived in Norway after years spent drilling for BP in the UK.

The drilling contract is set to begin during spring 2022 with a scope of 15 firm wells and an estimated duration of 2.5 years. In addition, there are nine optional wells for Equinor to extend.

Odfjell Drilling said that the approximate contract value for the firm scope was $290 million.