Equinor to Raise Output from Johan Sverdrup Field to 500,000 BPD 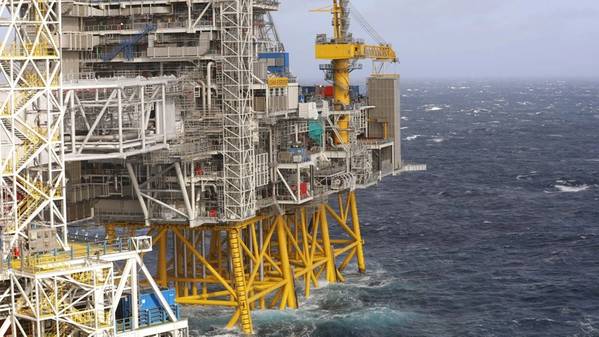 Norwegian oil major Equinor said on Wednesday it will raise the output capacity at its Johan Sverdrup field by 30,000 barrels per day (bpd) to 500,000 bpd by the end of 2020, and plans a further increase next year.

Sverdrup, the largest producing field in the North Sea, began production last year with an estimated output capacity at the time of 440,000 bpd.

Lundin Energy, a junior partner in the field, last month said the output capacity would be tested during November.

"As the test results have been very positive a production increase is called for by the end of 2020," Equinor said in a statement.

"We are now working on solutions to increase the water injection capacity, which should allow us to further increase daily (oil) production capacity beyond this level by mid-2021," Equinor said.

A second development phase of the fields is due for completion in the fourth quarter of 2022 and is expected to boost production by another 220,000 bpd.

Following the increase to 500,000 bpd for the first phase, the full-field plateau production capacity is now expected to eventually rise to around 720,000 bpd from 690,000 bpd seen earlier, Equinor said.