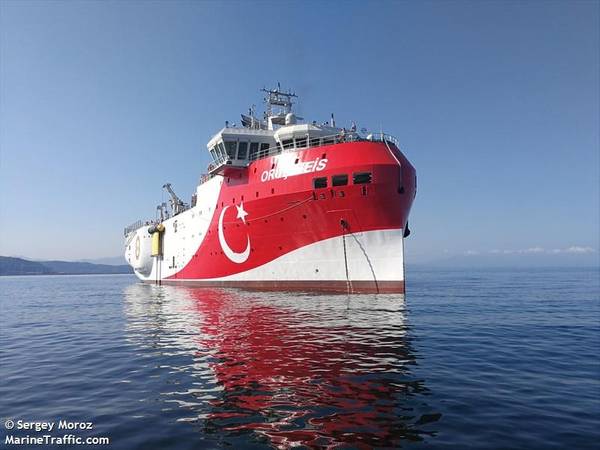 Turkey said on Monday Greece had no right to oppose Turkish seismic exploration work 15 kilometers (9.3 miles) from its mainland in the Eastern Mediterranean and on its continental shelf, as tensions between the NATO members spiked again.

Greece and Turkey traded barbs again on Monday over offshore rights. Athens vowed to push the EU to activate sanctions against Ankara after the departure of a Turkish vessel to conduct work south of the Greek island of Kastellorizo, which is close to Turkey's southern coast.

In a statement, Turkey's Foreign Ministry said the activity range of its Oruc Reis seismic survey vessel lied 15 kilometers from Turkey and 425 kilometers from Greece, and that it was "fully within Turkish continental shelf".

"It is unacceptable for there to be opposition against our country, which has the longest coastline to the Eastern Mediterranean, operating 15 kilometers from its mainland," it said adding Greece's criticisms were "baseless accusations with no standing in international law."