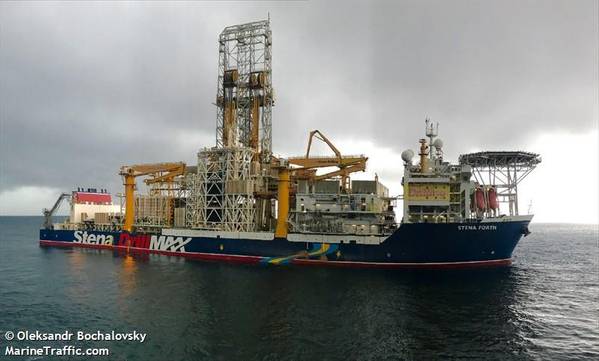 Offshore drilling company Stena Drilling has won a contract for its Stena Forth drillship in the Mediterranean Sea, offshore Israel.

Stena Drilling said the contract was with Noble Energy Mediterranean Ltd, which is now a subsidiary of Chevron, following last week's completion of the acquisition of Noble Energy.

According to Stena Drilling, the contract is for a decommissioning campaign offshore Israel, plus a potential optional scope for Noble Energy International Ltd in Cyprus.

The Stena Forth drillship, currently in Las Palmas, will move to offshore Israel between July and August 2021. Bassoe Offshore has estimated the day rate for the contract to be around $175000.

Under the contract, the offshore rig will be used for the decommissioning of four wells. The work is estimated to take around 80 days.

There an option to extend the contract for up to three P&A wells and one completion in Israel, as well as one further option well for a well offshore Cyprus.

Prior to embarking upon the Eastern Mediterranean operations, the Stena Forth is expected to move to Suriname in late December 2020 or early January 2021 where it will start a drilling operation for Tullow Oil, under a contract awarded in September 2020.

Tullow Oil will use the drillship to drill one well in Block 47, located approximately 260 km north of the coast of Suriname.