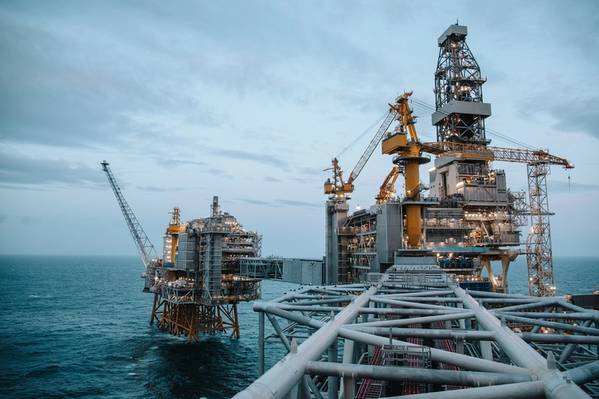 Norway's Johan Sverdrup oilfield, the North Sea's largest with an output capacity of up to 470,000 barrels of oil per day, will have to close down production unless a strike among workers ends by Oct. 14, operator Equinor said on Wednesday.

Four smaller oil and gas fields will likely also shut as a result of the strike as early as Oct. 10, on top of six fields that closed earlier this week, an Equinor spokesman told Reuters.

A shutdown at Sverdrup and the other fields would almost triple the existing outage from the ongoing strike by the Lederne union, taking the total capacity cut to around 934,000 barrels of oil equivalents per day.

The price of North Sea oil rose by around $0.15 to over $42.10 a barrel by 2000 GMT after news of the potential shutdown, Refinitiv data showed.

Some 43 members of the Lederne labour union went on strike at the Sverdrup field last week, but Equinor was able to maintain output with its remaining staff, the company said at the time.

"This situation would change if the strike continues into Oct. 14," Equinor said in a statement.

"This is due to the scheduled rotation of personnel as there would not be sufficient capacity and competence in key operational functions at Johan Sverdrup.

"We hope that in the intervening period there may be a settlement between (the Norwegian Oil and Gas Association, NOG) and the union," it added.

The six fields that shut on Monday as the union ramped up its strike reduced output capacity by around 330,000 barrels of oil equivalent per day, according to the NOG.

Of the fields that have closed so far, close to 60% of the total cuts were natural gas, with crude oil and natural gas liquids making up the rest, a Reuters calculation based on official Norwegian output data showed.

But the shutdown of Sverdrup, which began production one year ago, would heavily tilt the balance of cuts towards crude oil.

Norway regularly pumps just over 4 million barrels of oil equivalent per day, half in the form of crude and other liquids and half from natural gas, making it a major global energy supplier.

The Sverdrup field is owned by Equinor, Aker BP, Lundin Energy, Total and state oil firm Petoro, with the listed firms risking a hit to fourth-quarter profits from a shutdown, an analyst said.

"Assuming a 10-day strike, we now forecast 4-6% reduced EPS (earnings per share) for Q4 2020," Sparebank 1 Markets analyst Teodor Sveen-Nilsen said in a note to clients, referring to the profits of Equinor, Lundin and Aker BP.

In 2012, the Norwegian government invoked emergency powers to end an oil industry conflict after 16 days, when employers threatened a lockout of workers that would have shut down Norway's entire oil and gas output.

It was not clear at this stage whether the government would intervene in this latest strike action. Ministers refrain from commenting on any moves before they are executed.

The Lederne union was not immediately available for comment. 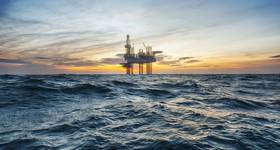