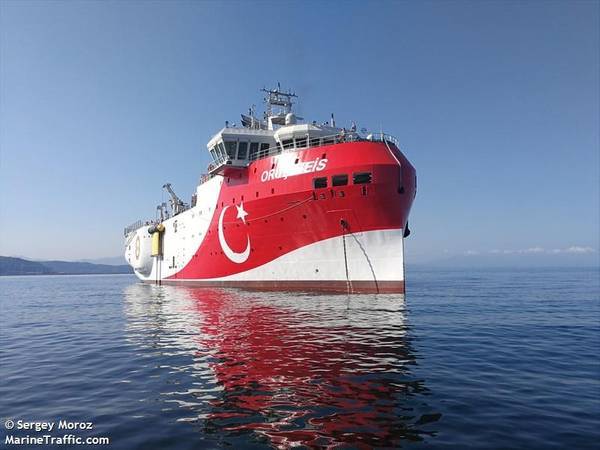 President Tayyip Erdogan told German Chancellor Angela Merkel during a video call on Wednesday that the docking of Turkey's Oruc Reis seismic survey vessel for maintenance does not mean its operations in the eastern Mediterranean are done, Foreign Minister Mevlut Cavusoglu said.

Oruc Reis returned to waters near Turkey's southern province of Antalya on Sunday for what Ankara called routine maintenance, a move Greece said was a positive first step in easing tensions over offshore natural resources in the eastern Mediterranean.

Cavusoglu told an interview with broadcaster CNN Turk that Oruc Reis' maintenance may take "a few weeks", according to the energy ministry. "Once maintenance is finished, we will continue our operations with determination," he said.