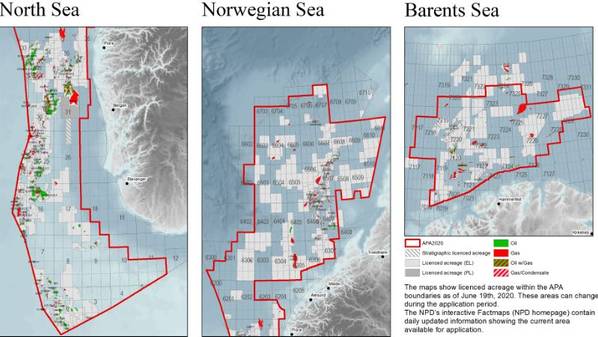 Energy companies can apply to explore for oil and gas in 36 new exploration blocks off Norway, the country's oil and energy ministry said on Friday.

The so-called awards in pre-defined areas (APAs) are for zones already open to oil companies, in the North Sea, Norwegian Sea, and Barents Sea. Results will be announced in the first quarter of 2021, said the ministry.

Separately, Norway will soon launch its other licensing round, for brand new exploration areas, after parliament agreed this month on an extension of the so-called ice edge boundary to the constantly changing southern fringe of the permanent ice sheet.

Anything north of that line is considered off-limits for oil drilling.