Shell, Murphy Evacuate Offshore Workers Ahead of Storm in Gulf of Mexico 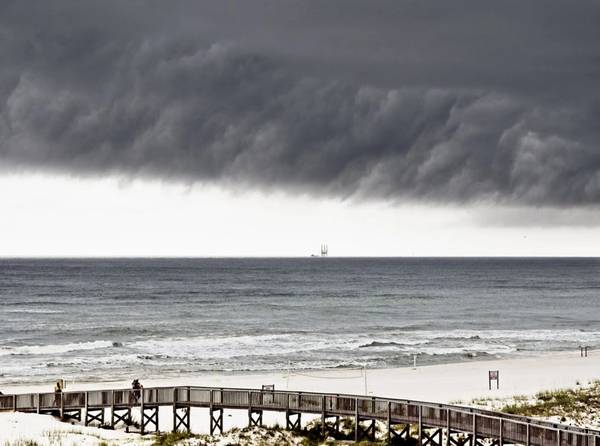 Royal Dutch Shell Plc and Murphy Oil Corp began evacuating non-essential workers from the U.S. Gulf of Mexico on Thursday because of the threat from Tropical Storm Cristobal.

Shell said its production and drilling operations in the U.S.-regulated northern Gulf were unaffected despite the evacuations.

The storm's impact on prices at the pump is expected to be limited because of the loss of demand from the COVID-19 pandemic, said an analyst with Gas Buddy.

"We aren't expecting an impact on gas prices from Cristobal at this time given its relatively weak forecast," said Patrick De Haan at Gas Buddy.

Five companies are removing workers from the Gulf because of Cristobal, which is forecast to pass through offshore oil production areas before striking the Louisiana coast by Monday, according to the U.S. National Hurricane Center.

BP Plc said on Wednesday that workers were being evacuated as it shuts in production at its Thunder Horse, Na Kika and Atlantis platforms. The company is also pulling non-essential workers from the Mad Dog platform, but production was unaffected.

The U.S. Energy Information Administration expects the Gulf of Mexico to account for 15% of total U.S. crude oil production in 2020.