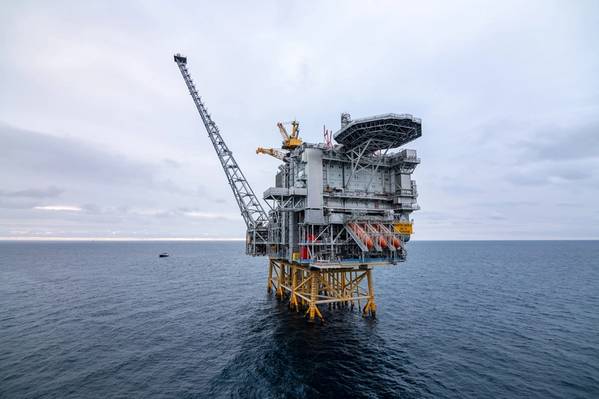 Norwegian oil company Equinor has halted work at the Martin Linge offshore development project after one of its employees tested positive for the coronavirus earlier this week, the company said on Friday.

It was too early to tell whether the Martin Linge field, scheduled to start production of oil and gas by the end of the year, will be delayed as a result of the pause, the company's spokesman added.

The oil industry's first coronavirus case on an offshore installation, reported on Wednesday, highlighted the challengeof preventing contamination for thousands of workers living in close quarters on rigs and platforms.

"We have decided to stop all activity and to move most of the personnel onshore. There are no new cases of Covid-19," Equinor spokesman Morten Eek said.

The infected person was brought onshore and quarantined at home with mild symptoms, he added.

Equinor had 776 people working at field, spread across three installations, including the Maersk Intrepid drilling rig and the Floatel Endurance accommodation rig.

It was uncertain when work on the oil and gas development some 160 kilometers from land in the North Sea could resume, Eek said.

Originally scheduled for completion in 2016, Martin Linge has been plagued by cost overruns, and the start-up date has been postponed several times.