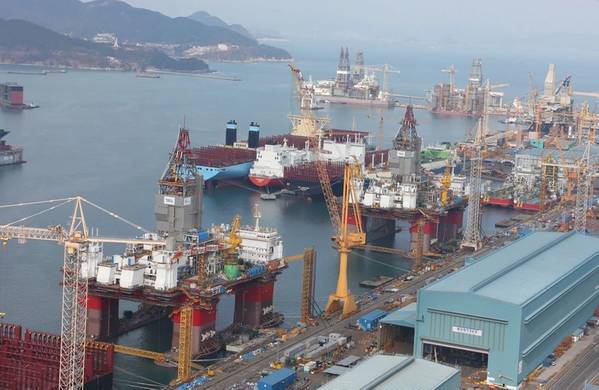 Offshore energy stocks, about 34 of them, soared in value on Monday, as investors ignored corona-virus fears and heeded instead a number of U.S. and Norwegian market reports.

Equinor was up over three percent on an oil price hike of 2 percent overnight and a small hydrocarbon find reported in the early hours of Monday.

Meanwhile, Brent had since Friday shot up three percent, just as the U.S. Central Bank joined other world central banks to announce a series of stimulus measures should the coronavirus begin impacting the global economy.

Shelf Drilling, up 9.38 percent, was beaming the results of Q4 and full-year 2019, with investor notes that spoke of a recovering jack-up market and the benefits of buying a jack-up from Maersk Drilling.

The newly renamed rig, Shelf Drilling Enterprise, was purchased in mid-January and by February had a new $60 million contract in the Gulf of Thailand lined up for August 2020. This, after raising USD 80 million from Oslo investors.

With 31 of 32 jack-ups working, Shelf Chief exec, David Mullen, could report revenues were up 21 percent in the final three months of 2019, “attributable to the start-up of seven new contracts across all our geographies”.

"The jack-up market continues to recover from cyclical lows,” Mullen said on Monday, adding that new rig hires came from The Baltic, Saudi Arabia and the UAE.

Whatever the numbers of other analysts, Oslo investors had at the end of February been told by DNB that a survey of operators revealed approved Norwegian oilfield investments in 2020 would reach NOK 185,4 billion, up about NOK 1.5 billion over 2019.

For some, it was good news in small doses. Seabird Exploration (up 9.66 percent) announced it had bid interest from a potential buyer for one of its seismic vessels.

The Petrel Explorer is being marketed while under charter amid “the positive market backdrop”, as in operator demand.