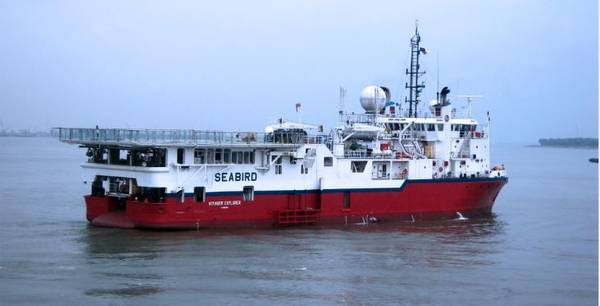 The contract, with an undisclosed client, is expected to start in April 2020, SeaBird said Thursday.

The survey will be carried out in the Asia Pacific and will have an expected duration of about 5 months. SeaBird will employ the Voyager Explorer source vessel on this contract, meaning that the bareboat-charter for the vessel will be extended.

The proceeds from the loan will be used to repay the SBX04 bond loan expiring in June, and to outfit the “Fulmar Explorer” vessel for seismic operations. The outfitting project will start in Q1 with an expected duration of 3 months. The marketing of the “Fulmar Explorer” will begin immediately, SeaBird said earlier this week.

Also, SeaBird has signed a 2-year, plus 2×1 year options, “pay as you work” flexible charter agreement with Uksnøy & Co AS for the 2007-built «Geo Barents». The vessel will be equipped for source, 2D and niche 3D work with expected availability ultimo March. The company will begin marketing the vessel immediately for work starting in April or later.

Furthermore, SeaBird has decided to decommission the 1985-built «Osprey Explorer» and recycle the in-sea seismic equipment to the “Geo Barents”. A final decision on the «Harrier Explorer» will be taken well before the next special survey.