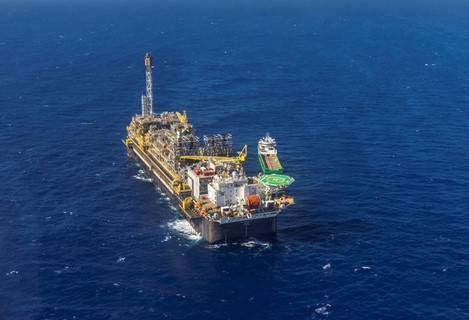 Brazil's Petrobras hit a new production record in the fourth quarter, of over 3 million barrels of oil equivalent per day (boepd), thanks largely to the ramp-up of platforms in the prolific pre-salt formation, the state-run oil firm said on Monday.

In a securities filing, Petroleo Brasileiro SA, as the company is formally known, said it produced 3.025 million boepd, up 5.1% from the third quarter and 13.7% from the fourth quarter last year.

More generally, the company has benefited from a shift in focus to the offshore "pre-salt" formation, where billions of barrels of oil are located beneath a layer of salt under the ocean floor.

Oil and natural gas production in the pre-salt reached 1.533 million barrels per day (bpd) in the fourth quarter, the company said, up 12.1% from the third quarter and up some 46.4% from the year-ago period.

In the filing, Petrobras maintained its guidance for 2020 production at 2.7 million boepd.

The firm has said that reflects expected maintenance stoppages and sagging production at some legacy fields, though the market widely viewed that production target as surprisingly low when it was divulged in November, given the company's current output.

Petrobras produced an average of 2.77 million boepd in 2019, up 5.4% from 2018. As in previous quarters, production at onshore and shallow-water fields, as well as deepwater "post-salt" fields, fell sharply, thanks to divestments and a shift in investments to the pre-salt.