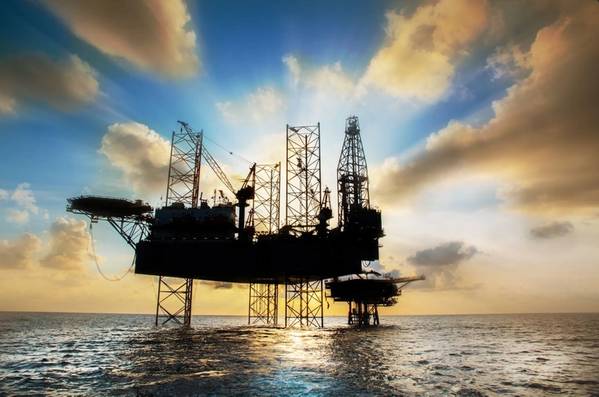 Offshore oil and gas exploration spending in the Middle East is set to grow significantly over the next few years, as onshore resources mature and become more numbered, Rystad Energy said Friday.

"The most bountiful petroleum plays in the Middle East may no longer be storied gushers from the past but more technical offshore areas. The most recent hydrocarbon production boom is underway in the Middle East, and this time, the race is spilling into offshore waters,” the Norwegian Energy intelligence company said.

According to Rystad Energy’s forecast, the United Arab Emirates are set to spearhead the offshore exploration spending in the region.

The UAE, Rystad said, is expected to see upstream investments reach a ballpark figure of close to $1 billion by 2025, with the spending increase driven by new drilling contracts, licensing awards, and future bid rounds.

The energy intelligence company said that the exploration block awards are expected to help the UAE hit its 2030 target to boost oil production capacity from 3.5 million bpd to 5 million bpd and to become a net exporter of gas.

“The UAE currently imports 2 Bcfd of natural gas from Qatar via the Dolphin pipeline, for which the contract ends in 2032,” Rystad said.

Elsewhere in the Middle East, Rystad has highlighted Kuwait, which will have two offshore rigs drilling in the country in the next two years. With offshore drilling, Kuwait aims to complement onshore activities and help reach the output target of 4 million barrels per day (up from the current production capacity of about 3.1 million bpd). 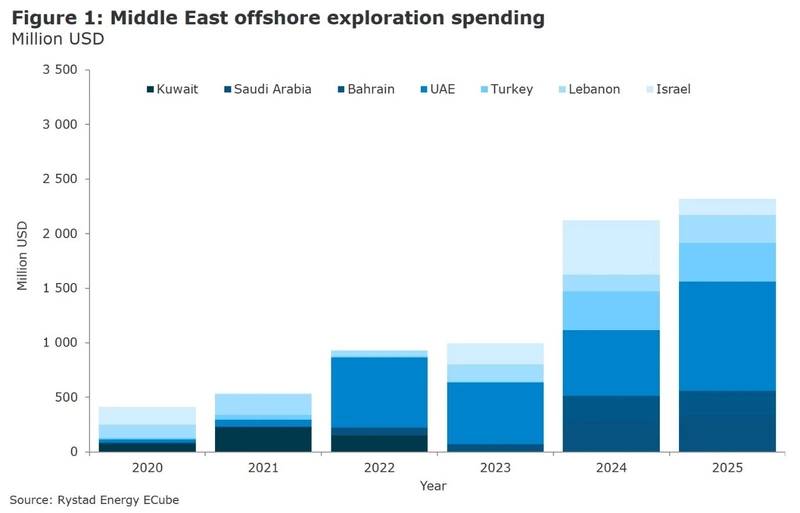 Elsewhere, in the Levant Basin, Rystad expects investment in Lebanon and Israel will come in waves with up and down years but still see material gains in upstream spending.

"The upcoming license rounds in Israel, Lebanon, the UAE, and Kuwait come at a time as the region is in the midst of ramping up local production to cover domestic energy. As onshore resources mature and become more numbered, offshore exploration is again in focus. In some cases, we expect the quest to even shift from the mature onshore areas to offshore deep and frontier areas,” Rystad said.