As Nigeria looks ahead to a possible oil licensing round in mid-2020, the plan has received a major boost with the launch of the West Africa country’s first ever regional multi-client Multibeam and Seafloor Sampling Study (MB&SS).

The data gathering by TGS in partnership with West Africa’s first multi-clientele data center, PetroData Management Services Limited, would among other advantages “help de-risk the offshore region and speed up exploration decision-making in an area that is likely to see growing level of licensing activity in the near future”.

According to TGS, getting additional data on nearly 80,000 square kilometers of Niger Delta’s offshore prospectivity, including an estimated 150 cores from the seabed, “whose location is based on multibeam backscatter anomalies”, would also reinforce the long-held concept of the region being one of “most prolific hydrocarbon provinces” in sub Saharan Africa.

The NGRE19 survey covered a number of deepwater blocks that are yet to be awarded for exploration. Earlier timelines by TGS indicated the reprocessed data was to be available in the last quarter of 2019 and would “bring high-quality, broadband 2D seismic data to the exciting deep water offshore region.”

Moreover, TGS and PetroData are hopeful the new MB&SS study would build on the reprocessed 2D data “to take advantage of the latest seismic imaging techniques”. The MB&SS study is expected to be completed and results released in the first quarter of 2020, months before the anticipated licensing round planned for both offshore and onshore blocks.

The planned oil licensing round by state-owned Nigerian National Petroleum Corp is part of Nigeria’s strategy to ramp up production to at least 3 million barrels per day at by 2023.

But ahead of the licensing round, Nigeria and international oil companies that are active in country’s offshore and onshore space are yet to strike a deal on the concerns raised by the recent government move to increase its share of oil revenues from deepwater blocks.

President Muhamud Buhari had set the tone during his October 2019 federal government budget speech when he called for the fast-tracking of review the fiscal terms for deep offshore oil fields “to reflect the current realities and for more revenue to accrue to the government.”

The Deep Offshore and Inland Basin Production Sharing Contract (Amendment) Bill 2018, had up to submitted to the National Assembly in June last year but was not passed into law because of what Buhari described as “a combination of complicity by Nigerian politicians and feet-dragging by oil companies that has for more than a quarter-century conspired to keep oil taxes to the barest minimum.”

However, the Nigerian Senate passed the bill in October, which among provisions is the adjustment of revenue due to the federal government whenever oil prices surpasses $20/barrel.

With the passage of the new Bill, Buhari said, “We estimate that this effort can generate at least US$500 million additional revenue for the Federal Government in 2020, and over one billion dollars from 2021.”

Barely weeks after the passage of the Bill by the Senate, in early November, Buhari announced he had “assented to the Bill amending the Deep Offshore (and Inland Basin Production Sharing Contract) Act”, terming the assent “a land landmark moment for Nigeria.”

“Nigeria will now receive its fair, rightful and equitable share of income from our own natural resources for the first time since 2003,” he said.

But it is not yet clear what impact the passage of the Deep Offshore and Inland Basin Production Sharing Contract (Amendment) Bill 2018 is likely to have on the existing production sharing contracts that are expiring and also on the response by potential international oil and gas explorers to the next licensing round sometime in 2020.

Nevertheless the new study by TGS and PetroData, firms up ground for the Nigerian government to launch a marketing strategy of its deep-water assets and open up opportunities for new investors keen on having a share of the lucrative offshore Niger Delta petroleum system. 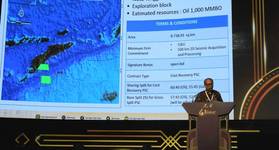 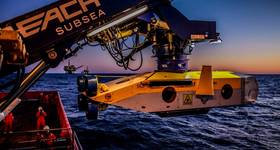