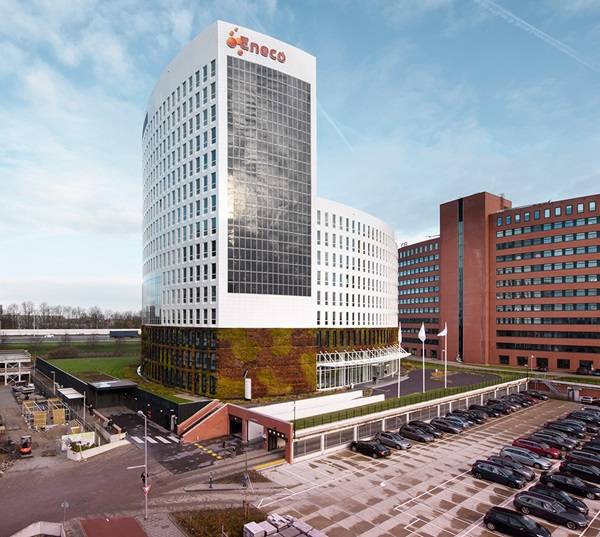 Eneco, a company owned by 44 Dutch municipalities and with a strong focus on renewable energy, said it had been swayed by Mitsubishi's plans to allow the company to continue its strategy and retain its corporate identity.

The deal, backed by Eneco's boards and a committee representing shareholders, must still be approved early next year by the Dutch company's municipal investors.

Eneco said Mitsubishi's group had "made the best offer for shareholders and all other stakeholders of Eneco, including employees."

Mitsubishi's win is a blow for Shell, which wants to become a major power generator by 2030. New Energies Director Maarten Wetselaar said in response to the announcement that Shell would "continue to look for opportunities in the energy transition."

Oil and gas major Shell, which said it planned to spend an average of $2 billion to $3 billion dollars a year on energy transition investments from 2021 onwards, had teamed up with Dutch pension fund manager PGGM in its bid to buy Eneco.

Private equity firm KKR, which was also beaten in the bidding, had lined up with Dutch lender Rabobank.

Mitsubishi's consortium planned to invest 1 billion euros in Eneco's operations in the Netherlands, Germany and Belgium in the next three years, Eneco Chief Financial Officer Guido Dubbeld told in a call with journalists.

He said the investment would be made "mostly in the Netherlands, mostly in wind, somewhat less in solar."

The deal will give Mitsubishi 80% of Eneco and its partner Chubu a 20% stake.

"Eneco fits perfectly with our current energy activities and offers us a platform from which to grow further in the European market," Mitsubishi Chief Executive Takehiko Kakiuchi said in a statement.

In September, Eneco reported first half earnings before interest, taxes, depreciation and amortisation (EBITDA) of 272 million euros ($303 million) for the first half of 2019, up from 230 million euros a year earlier.