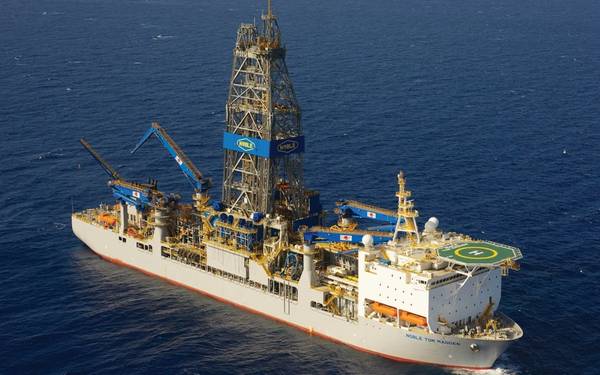 ExxonMobil has made an oil discovery in the the closely watched Stabroek block offshore Guyana, the supermajor announced on Monday.

The discovery in the Tripletail-1 well in the Turbot area adds to the previously announced estimated recoverable resource of more than 6 billion oil-equivalent barrels on the Stabroek block.

“This discovery helps to further inform the development of the Turbot area,” said Mike Cousins, senior vice president of exploration and new ventures at ExxonMobil. “Together with our partners, ExxonMobil is deploying industry-leading capabilities to identify projects that can be developed efficiently and in a cost-effective way.”

Exploration and development activities are moving forward elsewhere on the Stabroek Block offshore Guyana. The Stena Carron drillship is currently drilling the Ranger-2 well and upon completion will conduct a well test at Yellowtail-1. The Noble Bob Douglas drillship is currently completing development drilling operations for the Liza Phase 1 project. ExxonMobil will add a fourth drillship, the Noble Don Taylor, in October 2019 as we continue to optimize our drilling plans based on well results and ongoing study of the basin.

The Liza Phase 1 development remains on schedule to start up by early 2020 and will produce up to 120,000 barrels of oil per day utilizing the Liza Destiny floating production storage and offloading (FPSO), which arrived in Guyana on August 29, 2019.

ExxonMobil approved funding for the Liza Phase 2 development after it received government and regulatory approvals in May 2019. Expected to startup by mid-2022, the project plans to use the Liza Unity FPSO to produce up to 220,000 barrels of oil per day. Pending government approvals, a third development, Payara startup could be as early as 2023 and production would reach an estimated 220,000 barrels of oil per day.