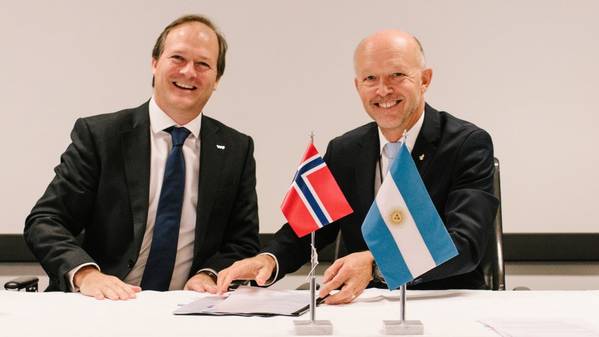 Equinor said on Wednesday it has signed a preliminary agreement setting the terms and conditions for YPF's transfer of 50% of its share in the 15,000-square-kilometer CAN 100 block in the North Argentinian Basin.

“Through this agreement Equinor strengthens its position offshore Argentina, in line with our exploration strategy to access at scale in basins with high impact potential,” said Tim Dodson, Equinor’s executive vice president for Exploration.

In Argentina's first offshore oil and gas licensing round earlier this year, Equinor won operatorship of five blocks and was awarded stakes in another two operated by YPF and Total respectively.

Equinor and YPF are also partners in another two offshore blocks in the North Argentinian Basin, CAN 102 and CAN 114, as well as in the onshore Bajo del Toro exploration block in the Neuquen province.

“We have a strong relationship with Equinor based on mutual trust built on the development of exploration and unconventional projects. This new agreement deepens our bond with Equinor and allows us to learn from their undisputed experience in offshore projects worldwide,” said Daniel González, YPF´s CEO. 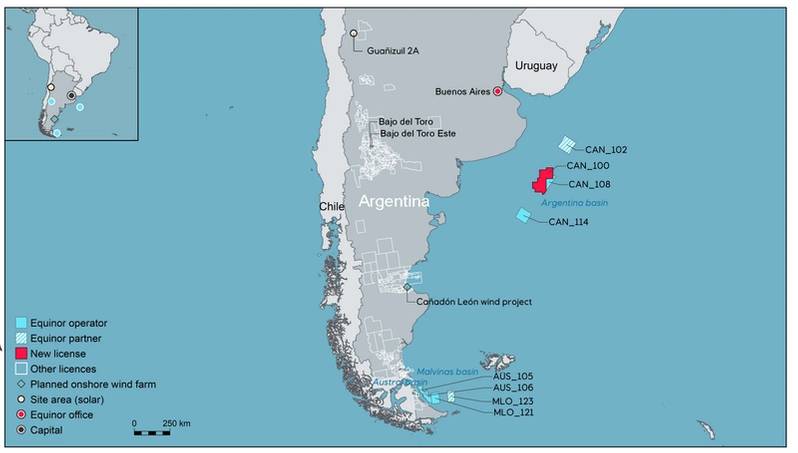