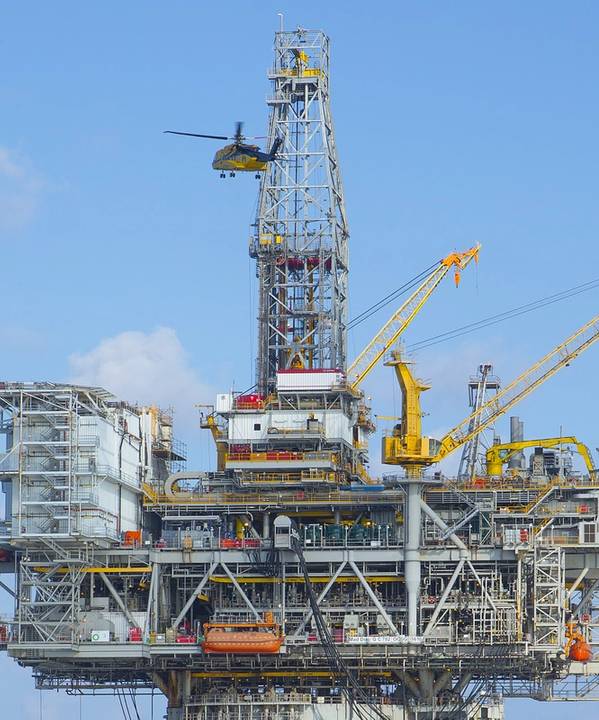 Exxon Mobil Corp and Anadarko Petroleum Corp on Wednesday joined several other U.S. oil producers withdrawing staff from deepwater platforms in the U.S. Gulf of Mexico as what could be a major storm gathered.

The withdrawals helped push U.S. oil futures up 3.8% to more than $60 a barrel, and lifted gasoline prices. The U.S. Gulf of Mexico produces 17% of U.S. crude oil and 5% of natural gas. Gasoline futures also climbed more than 3.5% in New York trading.

A tropical depression is expected to form in the Gulf by Thursday, with the potential to strengthen to a hurricane by the weekend, according to the National Hurricane Center. The system could produce a storm surge and heavy rainfall from Louisiana to the upper Texas coast.

Exxon has evacuated nonessential staff from three platforms in the Gulf, but anticipates little effect on its production, spokeswoman Julie King said.

Operations at the Louisiana Offshore Oil Port, the only U.S. port where the largest crude tankers can load and unload, were normal on Wednesday morning, a spokeswoman said.

Motiva's Port Arthur, Texas, refinery was one of four refineries in east Texas inundated by more than 5 feet (1.52 m) of rain in a single day during 2017's Hurricane Harvey.

BP Plc, the second-largest oil producer in the Gulf by volume, is shutting all production at its four Gulf platforms - Thunder Horse, Atlantis, Mad Dog and Na Kika - which produce more than 300,000 barrels of oil equivalent per day.

BHP Group Ltd was also removing staff from its two offshore energy platforms, according to a company statement.