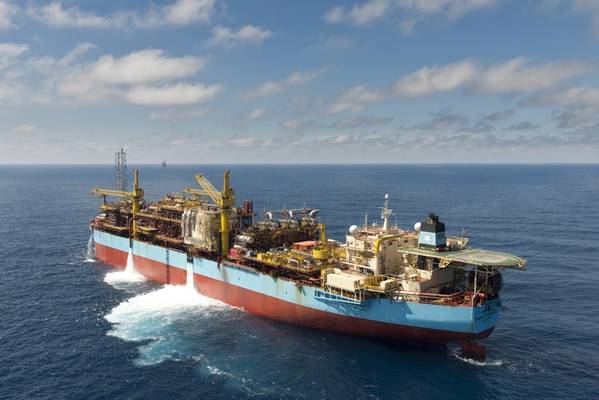 Some 15 years after Norwegian supplier contractors set up Brazilian deepwater research facilities and Norwegian shipyards and ship owners invested in Brazilian drydocks and fabrication capacity, Brazil is at last feeding a Norwegian offshore recovery. Export credits offered state champion Petrobras are fueling orders of “Norwegian-built” or operated vessels, with rigs and other capital-heavy offshore equipment also in the mix.

New numbers from Norwegian export credit agency, GIEK, reveal Brazil’s offshore resurgence is being propped up by $1 billion in credit arranged by the Oslo-based agency. Brazilian banks are loaned money from Norwegian banks in order to lend to Petrobras, with GIEK taking the risk off the books for all involved in high-capital offshore orders.

GIEK records show Petrobras — overseen now by a coterie of men closer to the oil and gas industry — has dipped into Norwegian credit guarantees to borrow about $500 million in June 2019 alone. The guaranteed $1 billion credit guarantee expires in 2020 and has served to build or secure the hire of Norwegian ships, although GIEK now also fosters sales of Norwegian subsea equipment.

“The intention with the credit frame is to offer Petrobras good incentives to extend its relationship with Norwegian suppliers,” GIEK CEO, Wenche Nistad says in a statement, adding. “We are working on similar credit frames with other oil and gas operators using Norwegian suppliers. In addition to Petrobras, Italy-based Saipem has used a GIEK credit frame to finance substantial purchases from Norway.”

While Petrobras is its own banks’ preferred customer, the GIEK guarantee to those banks means Norwegian taxpayers theoretically cover any loss. Petrobras is said to be paying risk premiums for the loan guarantees.

While the loans are key to bolstering Brazilian interest in Norwegian offshore products and services, investing in Brazil has also done wonders for supplier prospects. When politics began rocking Petrobras earlier this decade, Norwegian offshore players stayed the course and are now set to surf an expected subsea upturn from their Brazilian bases.

Offshore winner
Hanging around was part of the local operating model for the DOF Group, which includes subsidiaries operating different types of offshore vessels and a Brazilian joint venture (JV) with TechnipFMC. DOF has nine vessels and 374 staff in Brazil, or more than it has in Canada or the North Sea or Australasia (although its Brazilian and North Sea fleets are similarly sized).

With GIEK in the background, big maritime contracts with Petrobras seem concurrent: there’s the eight-year, February-2019 contract for the newly commissioned Skandi Olinda, a vessel owned with TechnipFMC and boasting a 300 t vertical pipelay system; diving support and remotely operated underwater vehicle (ROV) contracts secured in 2018 for the Skandi Recife; Skandi Salvador and Skandi Achiever. Time spent in Brazil was key to securing the work, as was finding a Brazilian diving outfit with which to partner.

In May 2019, DOF Subsea secured Brazilian work for the Skandi Niteroi and the Skandi Seven. The latter will do riser and umbilical installation for a floating production, storage and offloading unit (FPSO), while the Niteroi commits to the Peregrino Phase II Surf Project with TechnipFMC for Equinor.

The JV with TechnipFMC had only just taken delivery of the newbuild Skandi Olinda, and the vessel is already on an eight-year deal with Petrobras. Olinda marked “the successful conclusion” of the JV’s newbuild program, according to DOF.

DOF management says they saw signs of recovery in Brazil as 2018 wrapped up. There was “increasing demand for services”.

“The tendering activity increased during the year, and this trend has continued in 2019,” leadership has informed shareholders.

Special Norwegian tax rules for ship owners also help Oslo’s fleets serving in Brazil. Deferred taxes and taxes on tonnage rather than earnings combine with years of investment, the presence of Equinor as “mother ship” and GIEK to take some of the risk out of the Brazilian pre-salt.

Judging by DOF’s progress and a DNV GL survey of January 2019, Brazil’s new oil and gas boomtime is about to begin, and the Norwegians are well-placed. Of the Norwegian companies plying Brazil, nearly all those surveyed expect the sector to grow in 2019.

And GIEK has room to grow to. DNV GL says the number of companies saying access to capital and finance as a major hindrance to growth has risen by 10% to 22%.