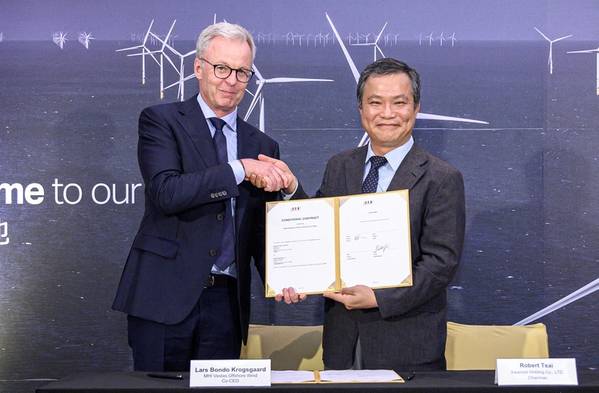 The agreement “goes significantly beyond” local content requirements for MHI Vestas’s own Taiwan supply chain, and opens the potential for Swancor to supply the OEM’s global operations, said a statement. The contract scope, which includes resin, carbon tow, carbon pultrusion, and bonding glue, could also become an export opportunity for Swancor to supply MHI Vestas globally.

According to a press release, the conditional agreement, signed in Taipei, is the second for MHI Vestas in Taiwan following the contract for local tower production signed in October 2018 with CS Wind/Chin Fong.

The scope of the Swancor contract goes substantially beyond local requirements for blade materials and covers more than 50% of the direct materials value of blade manufacturing (including carbon tow, carbon pultrusion, resin, and bonding glue), representing a significant step forward for MHI Vestas’ localization efforts and Swancor’s entry into the offshore wind sector.

Importantly, the agreement also holds the prospect of global supply for all MHI Vestas projects, signifying a notable export opportunity for Swancor and the chance for MHI Vestas to add a world-leading company to its growing stable of global suppliers.

“Signing this agreement with Swancor underlines our strong commitment to the Taiwan offshore wind market and the buildup of a sustainable supply chain,” said Lars Bondo Krogsgaard, MHI Vestas Co-CEO.

“With local production of blade materials now confirmed, with the potential for global supply, we will continue to advance our localization agenda to ensure that we are ready to deliver on our first projects in the market,” Lars added.

To support the blade materials agreement with MHI Vestas, Swancor announced a new joint venture is in the planning stages, noting that it is considering a partnership with Formosa Plastics Corporation. 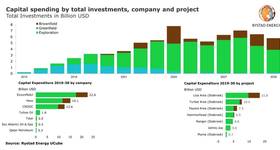