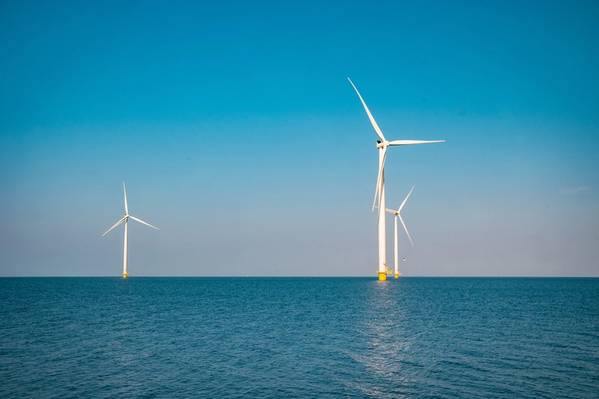 The market for offshore wind in the United States is growing, and growing fast, led by a number of solicitations from states on the East Coast.

Over the last 12 months, the size of the US market has doubled to surpass China and Taiwan as the world's third largest for offshore wind, up from fifth a year ago, according to new figures from RenewableUK published at the 2019 Global Offshore Wind conference in London.

Investment in offshore wind projects in the US is estimated at over $68 billion, according to the UK trade association’s analysis.

The pipeline of offshore wind projects in the US grew from 7.5 gigawatts (GW) in 2018 to over 15.7GW this year, according to new data. The growth has been driven by states on the East Coast – including Maryland, Massachusetts, Rhode Island and Connecticut – which have completed solicitations for nearly 1.8 GW of capacity. Massachusetts recently opened a tender for 800 megawatts (MW) of capacity and New Jersey currently has just concluded a tender for 1.1GW.

Offshore wind growth stateside creates many business opportunities, not only in the US, but also in leading European markets – which are also still growing.

RenewableUK’s CEO Hugh McNeal said, “New markets are racing to match world leaders like the UK, opening up opportunities for export and investment across the globe. We expect exports from the UK’s offshore wind industry to grow five-fold in the next decade and we are seeing leading developers and suppliers using their expertise to expand into emerging markets, like the USA”.

While the US accounted for nearly half (48%) of global offshore wind growth in the past 12 months, the offshore wind market grew by 16% globally last year, as the portfolio of offshore wind projects in operation, under construction or in development worldwide rose from just under 105 gigawatts (GW) to over 121GW.

The new figures, published in RenewableUK’s Offshore Wind Project Intelligence report, show that UK retains the top spot as the largest offshore wind market in the world with a portfolio of 38.4GW, with Germany second (16.5GW) and China (12GW) and Taiwan (8.9GW) rounding out the top five.

The top five countries markets account for 75% of the global market. Europe continues to dominate on a regional basis, making up two-thirds of the global pipeline.

The surge in new projects globally comes in a year in which the costs of offshore wind have continued to fall, with many markets seeing prices drop in excess of 50% in the last few years. Earlier this month, France secured 600MW at less than €50 ($56) per MWh and, in the UK, a new auction process is expected to secure up to 6,000MW of new capacity at prices below £56 ($70) a MWh.