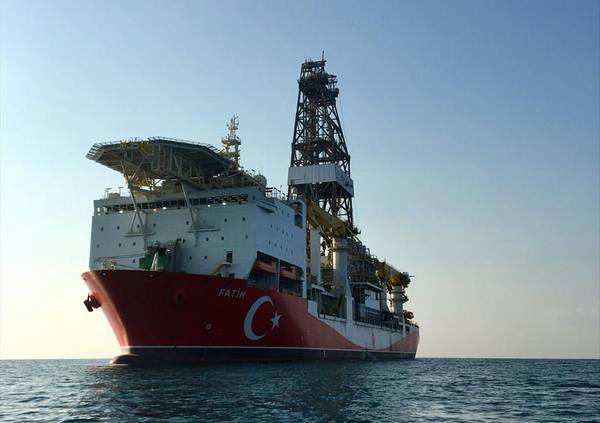 Turkey will launch a second drilling vessel on Thursday that will begin natural gas operations near Cyprus at the beginning of July, Turkish Energy Minister Fatih Donmez was quoted as saying on Tuesday.

Turkey and the internationally recognized Cypriot government have overlapping claims of jurisdiction for offshore oil and gas research in that part of the Mediterranean, an area thought to be rich in natural gas.

Ankara already has a ship, called Fatih, in the region. Donmez was quoted as saying by state-owned Anadolu agency that the vessel was continuing to drill in a field to the west of Cyprus.

"Our second ship is about to be ready. We will send off our drill ship Yavuz on Thursday," he said of the second vessel, called Yavuz.

"Those who try to push Turkey out of the energy equation in the eastern Mediterranean are aware that there is no realistic solution without Turkey but they cannot express this," he added.

Breakaway north Cyprus, supported by Turkey, claims a share in any offshore wealth as a partner in the establishment of the Republic of Cyprus in 1960.

The island was divided in 1974 after a Turkish invasion triggered by a brief Greek-inspired coup. Several peacemaking endeavors have failed and the discovery of offshore resources has increasingly complicated peace negotiations.