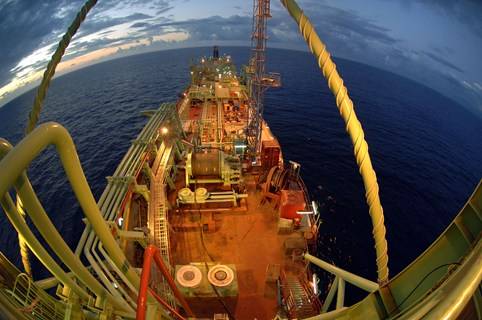 The Brazilian state-controlled oil company, commonly known as Petrobras, said it signed a contract with the Netherlands-based SBM Group on Monday to charter and operate the field's second floating production, storage and offloading unit (FPSO), located in the northwest area of the Libra block, about 180 kilometers off the coast of Rio de Janeiro. The charter duration is 22.5 years.

The Mero 2 FPSO will link to 16 wells and will have the capacity to process up to 180,000 barrels of oil per day (bpd), with water injection capacity of 250,000 barrels per day, associated gas treatment capacity of 12 million standard cubic meters per day and a minimum storage capacity of 1.4 million barrels of crude oil. The FPSO will be spread moored in approximately 2,000 meters water depth. Delivery and production startup are planned for 2022.

SBM Offshore said it will design and construct the FPSO using its Fast4Ward program, which incorporates the company’s newbuild, multipurpose hull combined with several standardized topsides modules. Part of the construction will be carried out in Brazil, in a model similar to that adopted by other units chartered by Petrobras.

The platform will join the 50,000 bopd capacity FPSO Pioneiro de Libra, dedicated to early production systems in the LIbra field, and operational since November 2017, as well as the FPSO Guanabara, part of the Mero 1 project currently under development and progressing toward startup in 2021.

"At the end of the [Mero 2] plan period, we will have two definitive production systems operating, which could add up to 360,000 barrels petroleum production per day," said Carlos Alberto Pereira de Oliveira, Petrobras' executive director for exploration and production. "With the information already obtained in the tests being carried out, we confirm the high production potential of the Mero field, which has an estimated reserve of between 3 and 4 billion barrels."

Petrobras has a 40% stake in the Libra Consortium. Its partners include supermajors Shell and Total, each with 20% shares, as well as Chinese oil companies China National Petroleum Corporation (CNPC) and China National Offshore Oil Corporation (CNOOC), with 10% each. Pré-Sal Petróleo (PPSA) manages the Libra production sharing contract.

“The decision to launch Mero 2 comes as a new milestone in this largescale project that will develop the giant oil resources of the Mero field, estimated at 3 to 4 billion barrels,” said Arnaud Breuillac, President Exploration & Production of Total. “The Libra Consortium can leverage the excellent productivity of the field to develop a major oil project with technical costs below $20 per barrel and low breakeven. The Mero project will contribute to the growth of the group’s production from 2020 onwards. Once the full potential of the field is developed, production should reach more than 600,000 barrels per day.”

Following the launch of Mero 2, it is expected that another two FPSOs of the same capacity will be added, subject to partner approvals, according to Petrobras. All four units will be deployed in the northwestern part of the Libra block (Mero field), as the central and southeast panels are under exploration until 2020, Petrobras said. 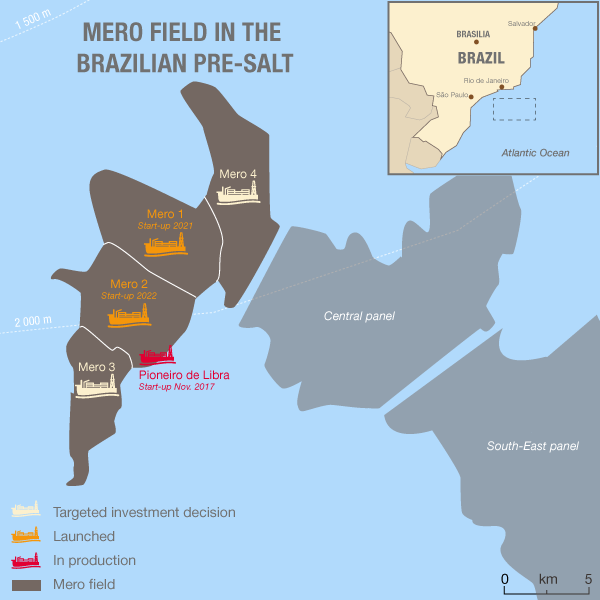