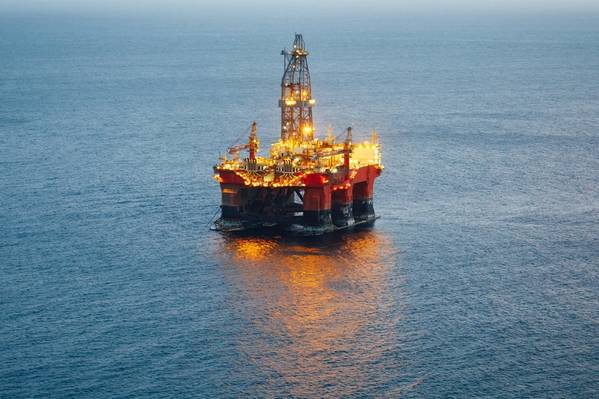 The offshore oil and gas industry appears to be in a fragile recovery, according to research consultancy Westwood Global Energy Group.

Oil prices are expected to remain between $60/bbl and $80/bbl into the early 2020s before rising, and offshore spending between 2019 and 2023 is projected to hit $1.5 trillion, said Steve Robertson, head of rigs and wells, during a Thursday briefing in Houston covering insights from Westwood’s RigLogix platform.

“The recovery is a little fragile because it is based on geopolitical issues and not necessarily supply and demand fundamentals,” he said.

In 2018, 51 projects were sanctioned, he said, of 71 projects expected to reach final investment decision (FID). This year, 79 projects could reach FID, and 13 have been sanctioned to date. 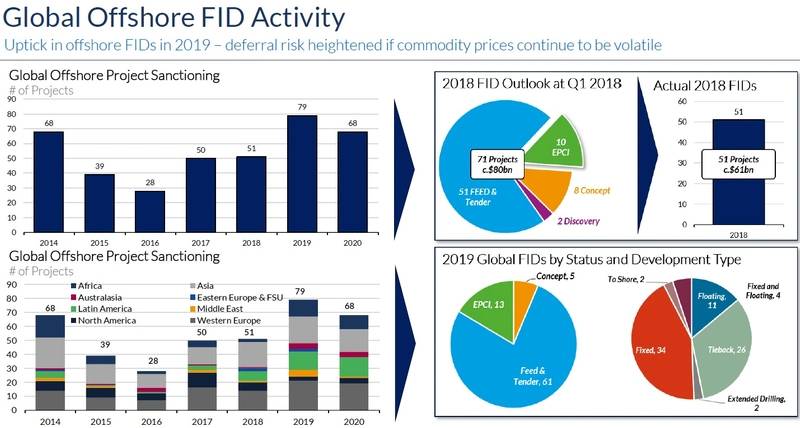 However, operators are approaching offshore projects differently as a result of the prolonged downturn. Costs were slashed and some projects went back to the drawing board.

“There was a change in mentality about how they think about offshore projects. They’re going less from scratch and are relying on oilfield services industry for solutions,” Robertson said.

Rig counts are also “moving in the right direction,” says Terry Childs, head of RigLogix. Drillships have seen the best improvement, rising to 64% utilization in April 2019, and the total fleet is up 9% since 2014, he said.

“There’s reason for optimism, but we’re not out of the woods yet by any means,” he said.

Since 2014, 235 rigs have been retired, including 59 last year. There are 114 rigs coldstacked. If those were removed from the supply, utilization rates would jump from 60% to 70%, Childs said, but there would still be a 210-rig surplus.

“That’s not a utilization rate that drives day rates forward, but it would improve things some,” he said.

At the same time, there are 101 newbuilds in yards and 29 rigs have been delivered since January 2018.

Indian jackup tenders are “generating absurdly low” day rates in the $20,000/day range, he said, while the Middle East jackup market will be the most active with the most recent high-spec rigs fetching $78,000/day to $85,000/day. Jackup demand in Southeast Asia is higher than it had been, with rates rising from $60,000/day up to around $80,000/day. Rig demand in Southeast Asia is expected to increase this year by 10.5%, he said.

The utilization rate for harsh environment semis for work offshore Norway is 100%, and there may be further competition for those rigs as operators begin drilling leases offshore Argentina, he said.

The floating rig market is looking bullish for Latin and South America and Africa, he said, citing contracts for drilling offshore Brazil as well as Guyana and its neighboring countries.

By 2021, Westwood expects to see day rates increase by at least 15% for rigs in operation.

“In some areas, day rates are already hitting over $200,000, and continued demand for specific types of rigs such as ultra-deepwater jackups is good news for the industry. The fact that some operators are committing to rigs far in advance is a clear sign that they are anticipating further day rate rises,” Robertson said. 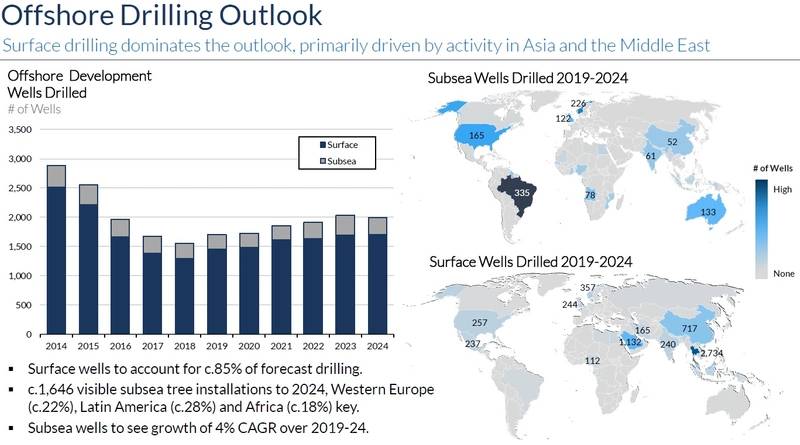