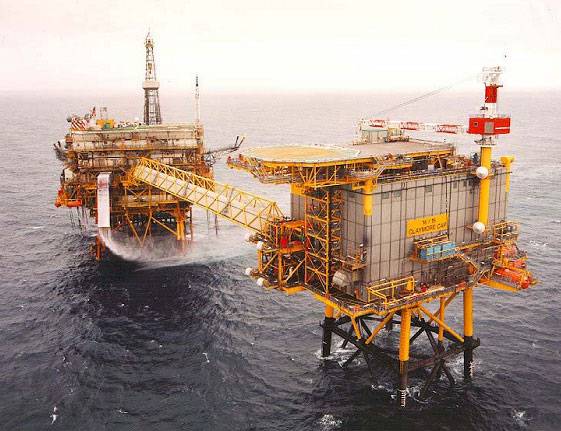 Production at oilfields that feed into North Sea crude grade Flotta Gold has been shut down due to repairs on the main pipeline to the export terminal in Scotland, a spokesman for the terminal operator said.

"We are carrying out repairs to a valve on the main export pipeline from Claymore to the Flotta terminal," a spokesman for Repsol Sinopec Resources UK said, adding that the issue was first identified at the weekend.

The Claymore oilfield is the main gathering point for the various offshore fields that make up the light, sweet grade.

The subsea valve on the pipeline suffered a loss of hydraulic fluid.

"This presents no threat to the integrity of the pipeline or risk of loss of hydrocarbon containment. However production is currently shut down on Claymore and from the other platforms in the area that come over Claymore [Tartan and Golden Eagle]."

The spokesman said that it was not yet clear how long the pipeline would be out of action as the company was still working out the best way to carry out repairs.

A source familiar with the matter said that the repairs were expected to take one week but could last as long as a month.

Loadings of the grade are typically at a rate of 60,000 barrels per day.

The outage will further tighten a market where prices have already soared on the back of Russian oil contamination on the Druzbha pipeline and upcoming maintenance at fields producing key grade Ekofisk in June.

In Norway, loadings of North Sea grade Statfjord were still suspended after an oil leak was found on Wednesday.