Decarbonization on the Agenda 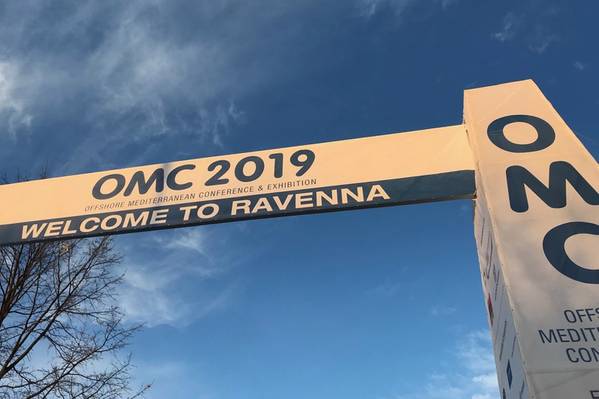 Offshore oil and gas operators are grappling with how to make their operations and even companies greener, Offshore Mediterranean Conference (OMC) in Ravenna, Italy, has been hearing.

From using renewable energies to power remote fields and even subsea robots, to divesting investments in more carbon intensive technologies, decarbonization is firmly on the agenda.

Francesca Feller, senior consultant at DNV GL, told this morning’s Path to Decarbonisation session that there are a number of trends driving decarbonization globally. One is electrification, another is energy efficiency, a third is the decoupling of emissions from energy production.

DNV GL’s Energy Perspectives predicts that, “by 2050, there will be a 50/50 split between fossil and non-fossil fuel sources, a dramatic change from today’s 80/20 split,” she says. But, as energy demand will continue to grow through to 2030, so too will oil and gas demand, before starting to decline, as energy efficiency efforts see energy demand peaking in 2035. It will also mean the Paris Agreement commitments will not be met and be exceeded by 850 giga-tonne of CO2, she says.

As part of their efforts, oil and gas companies are divesting and selecting their investments away from more intensive carbon sources and moving more towards gas. They’re also focusing on operational efficiency, improved energy management and curtailing methane emissions, says Feller. Mid-/downstream companies are upgrading their grids to be able to accommodate biogas, hydrogen and synthetic methane.

“A general (upstream company) move is a move in identity, from oil and gas companies to broader energy companies, which includes direct investment in renewables. Investing heavily or publishing ambitions plans in renewables,” says Feller.

Oil and gas companies are also pursing emerging technologies, she says. “A number of pilot studies to test the technical and economic feasibility of using renewable technology to power oil and gas operations, on and offshore, with solar onshore and wind, wave and tidal offshore. Some pilots are showing promising results, but we need to be realistic. Most of these systems highly depend on local environmental conditions and consumption. At the moment, not all are proving economically viable.” With the evolution of energy storage systems, these systems could be more viable. 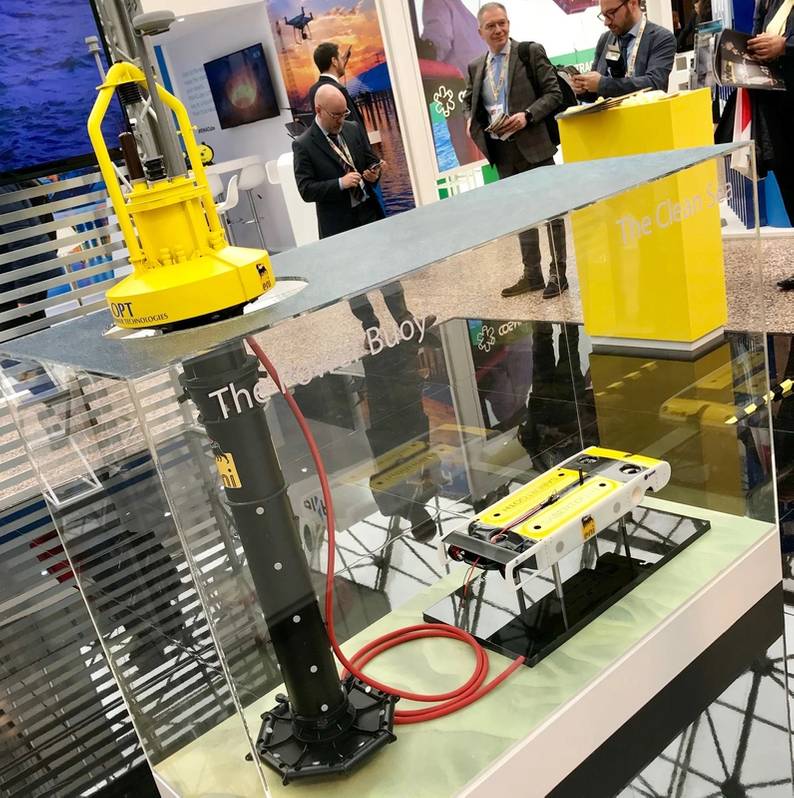 A model of OPT’s PB3 with a Sabertooth AUV in Eni’s stand at OMC (Photo: Elaine Maslin)

One of the companies exploring renewable energy integration with offshore facilities is Italy’s Eni, as part of a goal to have zero net energy emissions. Andrea Alessi, Offshore Renewable Energy Program Manager, Eni, told OMC that Eni’s goal is how to harvest marine energy and integrate it with future development projects. But, it could also be used to convert existing facilities to make them greener. Alessi says wave energy is the largest untapped renewable energy source in the world with five times the energy density than wind and 20 times greater than solar.

Alessi presented Eni’s MaREnergy project, which is testing use of a wave energy converter from Ocean Power Technologies (OPT) to power subsea control systems and even an autonomous underwater vehicle (AUV). For the project, a PB3 unit from OPT was installed late 2018, near the Amelia B platform in the Adriatic Sea, where it’s providing 3kw to a subsea mockup system.

The idea is to provide low power requirements with a view to it supporting remote and hard to access fields where low power is required. This could be for environmental monitoring or to power electropneumatic subsea trees, for example. It could also be used with power storage and management to power subsea resident AUVs.

In a second project, Eni is testing an Inertial Sea Wave Energy Converter (ISWEC) 2.0. Whereas the PB3 is based on a float moving up and town a spar to generate energy, the ISWEC uses the motion of the hull to drive a flywheel. A 1:2 scale 50kw device has been commissioned near the PC80 platform, offshore Lido Adriano, Italy.

Meanwhile, the scope to convert offshore platforms to offshore renewable facilities at the end of their hydrocarbon production life has been assessed through a joint study by universities in Italy. Senior assistant professor at the University of Bologna Nicholas Fantuzzi presented the study at OMC yesterday. The study focused on how structural integrity of a 70m-high jacket would be impacted by installing a 5MW wind turbine. Different ways to reinforce the platform so it could accommodate a turbine were assessed, including adding crown piles, long piles, mooring lines, and stirrups for stiffness.

The crown piles would make the facility suitable in terms of pile load stiffness and the mooring lines would provide strength horizontally. However, no one solution alone would have accommodated for a 5MW turbine, he says. The only way able to install a wind turbine without strengthening work was to install a smaller turbine, 2MW – when current offshore wind turbines are upwards of 8MW.

“This gives us an idea for the Adriatic (platforms),” says Fantuzzi. “We can reinforce and add towers (turbines) or should we decommission (the platforms) as they are?” 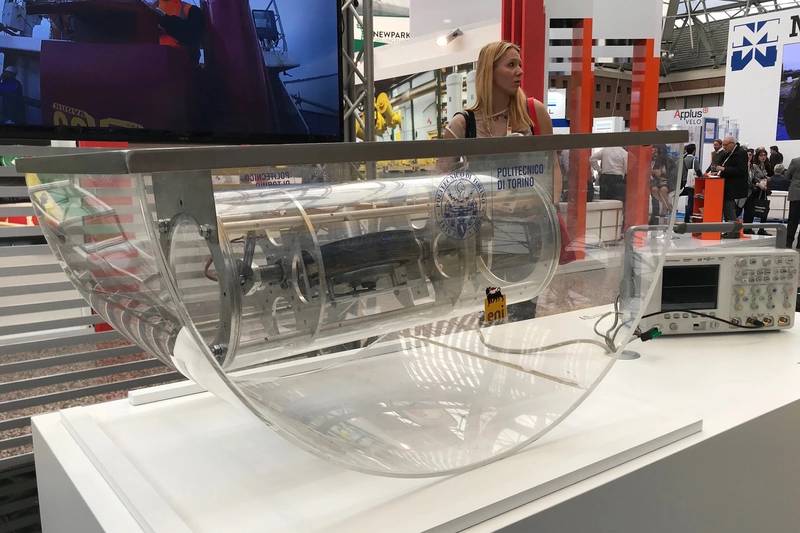 A model of the ISWEC that Eni is testing offshore Italy (Photo: Elaine Maslin)