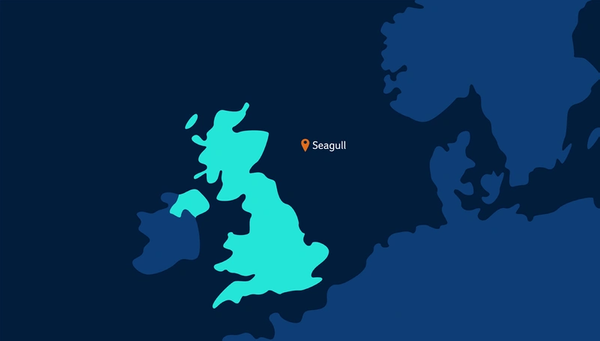 Neptune Energy said on Thursday it has agreed with partners BP and Japex on a final investment decision (FID) for the Seagull oil and gas field in the UK North Sea.

Development is planned to start in 2019 with first oil projected for the end of 2021.

Seagull is a high pressure, high temperature development located in the Central North Sea on UK licence P1622 Block 22/29C, 17 kilometers south of the BP Operated ETAP Central Processing Facility (CPF). Seagull will be tied back to the ETAP CPF partially utilizing existing subsea infrastructure. Gas from the development will come onshore at the CATS processing terminal at Teesside, while oil will come onshore through the Forties Pipeline System to the Kinneil Terminal, Grangemouth.

Jim House, Neptune CEO, said, “Seagull is a low cost, near-term development in close proximity to existing infrastructure. It complements our existing assets in the North Sea and provides growth and greater diversity for our UK business”.

The submission of the Field Development Plan (FDP) for Seagull to the UK Oil and Gas Authority (OGA) was completed by agreement of all the participants on Thursday. Execution works will commence subject to the OGA’s approval of the FDP.