Asia Pacific: 2019 Will Be ‘Relatively Low-key’ 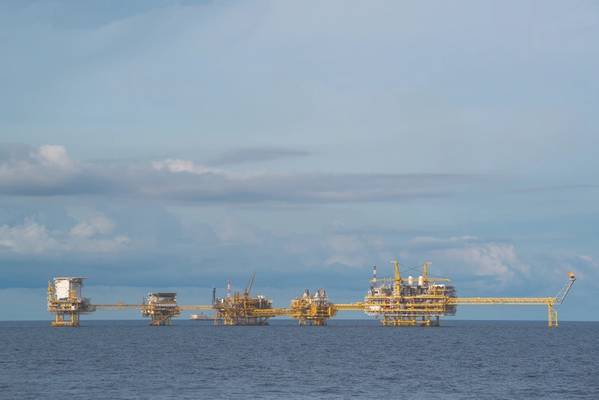 The Asia-Pacific offshore oil and gas industry has begun to emerge from the recent global downturn, but remains among the regions where the road to recovery has been particularly slow.

The prolonged depressed oil price has had a particularly harsh effect on exploration throughout the region. “Exploration and appraisal wells in 2018 are at around half the levels of 2014,” Harwood said. “Similarly, the amount of new acreage awarded has also fallen to less than half the levels we saw in 2014.”

Production, too, has been on the decline through much of Asia-Pacific, especially in Indonesia, where Harwood expects to see the largest fall in oil production as legacy producing areas become increasingly mature. According to the International Energy Agency, shallow water oil production offshore Indonesia – as well as off of China, India and Malaysia – is projected to experience declining production to 2040.

Local policy, too, will continue to play an important role on the road ahead. “2019 will see general elections in Thailand, Indonesia, the Philippines and India, and potential government change in Australia. As domestic energy demand increases in the region, energy policies are often at the center of the political debate, with resource nationalism often used to gain public support,” Hardwood explained. “However, deterring international investment could have longer-term implications for energy security across the region and place financial and technical risk solely in the hands of the region’s national oil companies.”

“While we do expect some recovery in 2019/2020, we expect only a marginal improvement,” Hardwood said. “Activity is unlikely to reach the levels we saw in 2014 anytime soon.”

Harwood expects 2019 to be a “relatively low-key year” for new project sanctions in Asia-Pacific. He said the two largest projects targeting final investment decision (FID) over the next 12 months – PetroVietnam’s Block B gas development and ConocoPhillips’s Barossa – could both be pushed back into 2020.

Glimmers of hope
Still, there is reason for optimism. “There are signs that Asia-Pacific explorers are looking to drill further afield again in 2019, with several wells planned that could open new plays or discover material resources,” Harwood said.

“Repsol’s Rencong-1X well, offshore North Sumatra, Indonesia, is generating strong interest from potential farm-in partners,” he said. “Expect a deal to be done before the well spuds in Q3 2019.”

From a licensing perspective, several countries are set to launch new bid rounds; Bangladesh, India, Indonesia, Myanmar and the Philippines are among those offering new acreage in 2019. “We’ll be closely watching how successful these license rounds are to determine whether Asia-Pacific can continue to attract material exploration investment,” Harwood said.

The analyst expects Australia and China will see the largest increases in gas production on the back of the former’s LNG investment boom that started almost a decade ago – and is coming to its dramatic end with Shell’s Prelude FLNG mega project due to produce its first cargo in early 2019 (read more on page 32) – as well as the latter’s push to dump coal for gas.

Elsewhere, the SK408 block in Malaysia is set to produce its first gas before the end of the year. Harwood said this will be a key project for operator Sapura Energy, which recently agreed a joint venture with Austrian national oil company OMV.