The first of these contracts will see DOF Subsea undertake a workscope in the Norwegian North Sea involving subsea construction support and pre-commissioning operations from the Geosund during December 2018.

In addition, the company has been awarded a contract for the initial phase of a decommissioning programme in the central North Sea for a U.K. operator, said a press release from the company.

Under this contract DOF Subsea will provide construction support services for activities relating to the permanent disconnection and removal of an FPSO. The project scope will again be undertaken from the Geosund in Q2 2019.

The third contract award is from one of DOF Subsea’s repeat Frame Agreement clients in the Norwegian CS, who have awarded DOF Subsea a subsea IMR and intervention scope.  This work is scheduled to start in Q2, 2019. 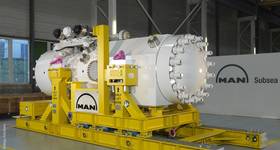