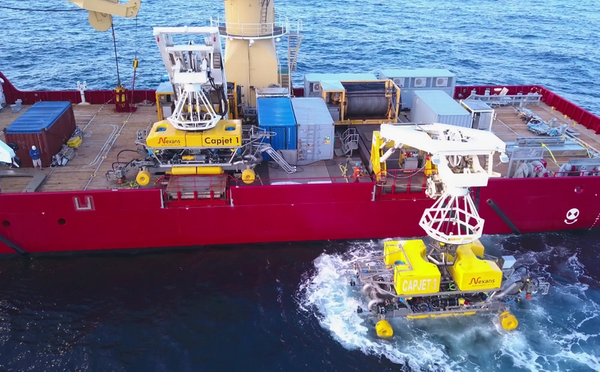 Cabling and connectivity solutions provider Nexans said it has formed a new team dedicated to inspection, maintenance and repair (IMR).

The new IMR team, which combines the firm's experience and resources – including fault location technology, specialized offshore repair equipment and the special assets for the repair itself – comprises Nexans experts who can support customers worldwide with emergency response, a 24/7 hotline and fast-track mobilization, the company said.

“Nexans has an impressive toolbox when it comes to IMR,” said Tom Skattum, IMR department Manager – Nexans Subsea & Land Systems. “We can offer a full scope of IMR services covering every need from preventive works to assisting when faults occur. We also carry out fault location with innovative technology as well as on and offshore repairs even under the most complex and harsh conditions.”

A Nexans IMR agreement not only reduces the failure risk for cable systems through proactive inspection and maintenance, but also enables transmission service operators (TSOs) to manage unexpected incidents more efficiently with the help of the expert team. Thanks to a Nexans IMR agreement, a TSO could potentially cut the response time to an incident by up to 70 percent.

The company has a 40-year track record, having performed more than 50 offshore repairs throughout Asia, Africa, America, Europe and the North Sea region. For instance, Nexans has been entrusted as a key partner for ensuring power supply to millions of Statnett’s end customers. With Statnett, Norwegian system operator of the energy system, Nexans today continues to develop the existing contingency agreement signed in 2011, ensuring the operational ability of their most critical high voltage cable links in the Nordic grid. The agreement includes a total length of over 1,100 kilometers of submarine and underground cables, spread over 19 systems on and offshore.

“We encourage our customers to inspect and maintain their cable systems on a regular basis.” Skattum said. “Our IMR department can offer advice and help optimize asset management to build a concrete strategy for ensuring continuity of operations.”