Reservoir isolation rethink
The newly patented PowerBall from Aberdeen-based Red Spider turns traditional reservoir isolation barrier technology on its head by moving the mechanical parts of the ball mechanism below the closed ball area of the tool, protecting them from debris.

The PowerBall reservoir isolation barrier is designed to prevent fluid loss during the upper completion phase of well construction, enhancing reliability and safety as well reducing subsea operations time. Able to operate in any type of well, including cased and open-hole, it forms part of the suite of 'remote open close' technologies developed by Red Spider to replace traditional wireline intervention equipment.

The new technology received funding through ITF, the oil & gas Industry Technology Facilitator, with four of its operator members – BP, BG, Chevron and Maersk Oil – investing a total of £500,000 in the PowerBall's development. Red Spider itself committed more than £700,000 to the project.

Valve over-torquing protection
A ROV-operated receptacle that will protect subsea valves from damage caused by the accidental application of too much torque has been developed by Oliver Valvetek in conjunction with an unspecified oil major, subsea tree manufacturer and subsea tooling company.

The receptacle has an integral shear pin – housed in a retrievable cartridge and operated via a traditional Class 4 square drive mechanism – that is set to a level slightly below the torque to damage figure of the valve. 'If the valve is over-torqued then the shear pin is designed to snap before the valve can become damaged,' said Oliver Valvetek engineering director Paul Shillito. 'In this eventuality a special tool has been developed that allows the ROV to remove the cartridge and replace it with a new one housing another shear pin. All this can be done with the valve remaining in-situ on the seabed.

'In the past we have seen instances where operators have accidentally broken the spindles of needle valves on tree installations, resulting in the tree being shut down whilst the valve is replaced,' he added.

'With this system it simply cannot happen.'

Force for good
Bristol-based Viper Subsea unveiled its new V-Lock suite of hydraulic stab plates, hailing it as a 'future-proof solution' that has been two years in the making and offers market-leading clamping and separation force.

The secondary release system is positively actuated with no reliance on any form of shearing mechanism and also incorporates a means of providing a separation force, a feature unique to the V-Lock said Viper Subsea managing director Neil Douglas. 'Separation force is a key consideration particularly for environments prone to build up of marine growth, such as offshore Australia,' he added.

According to Douglas, V-Lock has also been designed with 'incredible make-up misalignment capability' and installability, offering >30t clamping and >50t separation forces. Rated for water depths to 4000m, the suite comprises three sizes to accommodate 8, 14 and 28 hydraulic couplings. The plate is designed around the use of National Coupling hydraulic couplers.

The first order, placed by the Stafford, Texas-based energy products division of Parker Hannifin, is for 'fixed' and 'free' V-Lock, test plates and corresponding marine growth protective covers to be employed in a Gulf of Mexico intervention system. They will be delivered in May.

Diving services boost
Fabric maintenance and construction support group RBG is enhancing its diving services capability with the addition of two new 15m purpose-built craft and two 8.5m support craft to its existing fleet. Specially designed for RBG, they will include dedicated launch and recovery systems as well as introducing efficiencies in air nitrox diving, WROV works and surveying.

The company is also chartering the specialist DSV Olympic Triton, enabling air nitrox diving operations to be carried out from diver launch and recovery 'A' frames on the vessel's port side as well as remotely from the vessel utilising self-launch MCA Category I and II craft.

The vessel also has the capability of launching two work class ROVs from both the port and starboard sides.

According to Subspection general manager Gordon McKinnell, the SODA-node (self orienting directional anode), developed for FPSO, FSO and similar offshore applications, provides a means to replace depleted or damaged CP systems without the need for more costly dry dock or diving and ROV intervention.

Diving skills demand
Scotland's Underwater Centre in Fort William has introduced a new course to its training programme in direct response to diving industry feedback. The subsea training facility, located on the shores of Loch Linnhe, developed the 'New Construction Career' commercial diving course to focus on the key skills specifically requested by members of the UK's Association of Diving Contractors (ADC) for new recruits.

With over 70% of employers in a recent survey identifying 'unfamiliarity with mechanical work' as a key skills gap among new divers, training in subsea tools and techniques including welding, burning and rigging have been incorporated into the commercial diving course to ensure students are confident and proficient in performing such tasks underwater.

In addition, boat handling and Kirby Morgan Hat operating have been added to the facility's 11-week New Construction Career package.

Carried out by a consortium of SMEs, research organisations and end-users, the project was supported by a E1million grant from the European Commission under its Framework 7 funding scheme. Equipment developed included a phased array transducer design for multi-skip and creep wave ultrasonics, an alternating current field measurement array probe that allows scanning of complex node welded joints in a single pass, a race-track long range ultrasonic testing (LRUT) technique for chains and an orbiting focused LRUT technique for welds.

As part of the project, Fugro GRL provided its DeepWorks software to simulate the deployment by ROV of TWI's LRUT in an offshore jacket structure. The software was used to help model the manipulator's articulated mechanism – and how it could be tilted up and down, rotated and clamped around vertical and horizontal tubulars – as well as its electro-hydraulic supply system from the ROV. ‘We now have an operational prototype which we have demonstrated with an ROV in limited sea trials,' said Graham Edwards, NDT group consultant at TWI.

Moored in 100m of water, the STP buoy is held in place with 10 mooring lines each attached to the side of the buoy using Ballgrab mooring line connectors. A male Ballgrab connector was also chosen to retrieve and pull the 600t buoy into the FPSO by integrating a female connector receptacle within the top of the buoy.

Prior to the Maersk Peregrino arriving on-station, the male Type III Ballgrab (MBL 1200t) attached to the pull-in rope was lowered into the female connector on the STP buoy by the installation vessel Maersk Attender. Once the FPSO was in position the buoy, held 22m below the surface, was pulled into the vessel's mating cone module and locked in position.

The 5500t platform stood in 85m of water. The topside modules had already been removed during an earlier project phase prior to Cut – sole global operator of Italian parent company TS Tecnospamec's patented diamond wire cutting system – completing eight severance cuts on the jacket legs and piles. These cuts allowed the jacket to be removed from the seabed in one lift before being transported inshore.

The methodologies and cutting techniques developed for this job will be covered in more detail in OE next month.

According to Schlumberger, the new service's dedicated mode for acquiring Stonely waveforms while drilling to ensure high-quality data before washouts can develop is one of a kind. The service includes a while-tripping mode that provides multipass analysis and top-of-cement evaluation.

‘In a 100-well field test campaign, the new service supplied multipole data comparable to wireline sonic reference logs, even in highly damaged and unstable formations,' Schlumberger said. SonicScope 475 has been run in shale plays for horizontal well evaluation for enhanced completion design and optimization, and has been used in deepwater wells to enhance real-time pore pressure monitoring, wellbore stability and seismic tie-in.

Measuring gas pipeline flows
The shallow water West African Gas Pipeline, in place and flowing gas since 2008 from Nigeria, continues to open new valves. In mid-2008, the West African Gas Pipeline Company, led by Chevron, opened the valve at its Tema regulating and metering station to begin deliveries of gas to the Volta River Authority. About 30mmcf/d flows through that pipeline.

Just recently, WAPCo turned its attention to a new means of managing and streamlining its measurement operations. Flow-Cal's Enterprise measurement system is intended to be used to identify and correct key anomalies from both a volumetric and gas quality perspective. The system also provides hourly, daily and monthly system balances which include the calculation of the line-pack inventory.

Auger rewire
InterMoor has been contracted by Shell Exploration & Production to replace the platform wires on the Auger TLP's lateral mooring system in the Gulf of Mexico. The eight platform wires to be replaced are composed of nonjacketed spiral-strand wire. In addition to the offshore operations, InterMoor is performing the project management, engineering and fabrication of installation aids which includes a hang off porch that is to be fitted to the stern of the installation vessel to facilitate operations.

DOF Subsea's Skandi Skolten, the newly-built construction anchor handling vessel that will be utilized for this work, is scheduled to arrive in the Gulf this month and the project is due for completion in May. InterMoor project manager Dusan Curic said he was confident the company would be able to replace the platform wires ‘in a safe, efficient and timely manner, and we expect that the Auger TLP will continue to produce oil during this operation'.

Slick water biocide
Cudd Energy Services and Bio-Cide International collaborated on a new fracturing additive that the companies said is a safer and more effective biocide for use in slick water fraccing operations. The Petro-Flo biocide poses less environmental risk than other commonly used biocides because it does not combine with organics to form carcinogens or other harmful decomposition by-products, but degrades into simple table salt, its developers said.

Petro-Flo's micro-organism killing capabilities have been tested extensively in the laboratory and in the field. The product also penetrates and breaks down biofilm from within and prevents the formation of new biofilm. Cudd EVP Tim Mathews said this joint project with Bio-Cide is ‘delivering an environmentally friendly product, which can be safely utilized to economically treat the large volumes of water used in today's fracturing projects.' 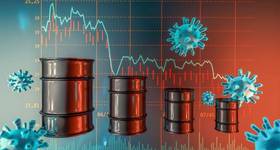