The Houston-based equipment supplier said on March 21 that it won a $30 million subsea equipment order from LLOG Exploration Co., LLC, for the New Orleans-based company's Who Dat Field in the Mississippi Canyon Block 503 in the US Gulf of Mexico. The contract's scope includes the supply of subsea trees, a subsea manifold, multiphase meters, and a subsea distribution system, all pieces are slated for delivery later this year.

Additionally, FMC announced on March 20 that it signed a five-year agreement to support Tullow Ghana's completion and production operations at the Jubilee field. The contract's value was not disclosed.

FMC will provide offshore and onshore technical services such as maintenance, refurbishment, and inspection on its supplied equipment and tooling. FMC will carry out the agreement from its subsea service base in Takoradi, Ghana. 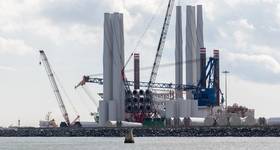