Norway's DNO International AS has completed a farm-in by its wholly-owned subsidiary DNO Tunisia AS to the Sfax Offshore Exploration Permit and the Ras El Besh Concession in the Republic of Tunisia.

The Sfax Offshore Exploration Permit and the Ras El Besh Concession are in the Gulf of Gabes and cover 3296sq km, mostly offshore in shallow waters.

To date, three discoveries have been made, with combined gross recoverable resources at 35-60MM bbl.

These assets hold significant exploration potential with 29 identified prospects which in the aggregate are estimated to contain 500-700MM bbl gross unrisked resources.

The company also holds interests in the Hammamet Exploration Permit and the Fkirine Prospecting Permit, both offshore Tunisia. 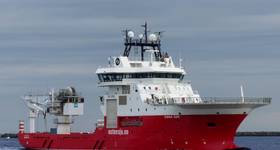