Muhongo, previously a professor of geology at the University of Dar es Salaam, said he was scheduled to meet with the operators in April and would seek a discussion on project schedules at that time.

Statoil and BG have already discovered as much as 35Tcf of natural gas offshore, and Tanzania expects its gas reserves to increase five-fold as drilling progresses onshore and offshore. The US Geological Survey estimates that East Africa's coastal region has potential reserves of 441Tcf of natural gas.

In December, Statoil and partner ExxonMobil announced their fifth discovery in Block 2 offshore, citing 2-3Tcf of natural gas in place at the Mronge-1 well. The Discoverer Americas drillship spudded the well in September in 2500m water depth, 20km north of the Zafarani discovery.

During the first drilling phase, Statoil made three "high-impact" discoveries at Tangawizi-1, Zafarani-1 and Lavani-1, and a deeper discovery in a separate reservoir in Lavani-2 (pictured).

Statoil now estimates that drilling has confirmed 17-20 Tcf natural gas in place in Block 2. Statoil was awarded operatorship of Block 2 in 2007 and operates the license on behalf of the Tanzania Petroleum Development Corp. (TPDC), with 65% working interest; partner ExxonMobil Exploration and Production Tanzania Ltd. holds 35%.

BG's partner Ophir Energy plc holds 40%, but agreed in November to sell half its stake to Singapore-based Pavilion Energy, a subsidiary of state-owned Temasek Holdings Pte, for nearly US$1.3billion. The investment is due to be completed this quarter, and helps Singapore diversify its supply of LNG and fuel its ambitions to become a gas-trading hub.

On Friday, Muhongo said, "The location of the plant will be left to the companies - BG, Statoil and their partners Exxon Mobil and Ophir...They have now selected one site."

He supported the selection of Lindi, which is 450km south of capital Dar es Salaam and 105km north of the Mtwara offshore supply base. Lindi is at the mouth of the Lukuledi River, on Lindi Bay, with an airstrip 25km north.

The operators may make a formal announcement in the coming week. 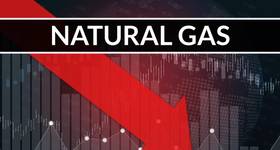