On 20 May 2015, ExxonMobil (45% and operator) announced a discovery at its Liza-1 well on the Stabroek Block offshore Guyana. The well was spud on 5 March and drilled to an Upper Cretaceous fan play at a depth of 5433m in 1743m of water. The well encountered over 90m of oil-bearing sandstone reservoirs. Other participants in the block include Hess (30%) and Nexen (25% and a wholly owned subsidiary of CNOOC), both of whom acquired Shell's stake in the block in 2014.

"The discovery could finally put Guyana on the map if the commercial potential is proven," says Matt Blomerth, research manager for Scottish consulting firm Wood Macenzie.

“This is the first oil discovery ever made in Guyana. ExxonMobil's strategic focus on ultra-frontier acreage is starting to pay dividends after a period of exploration under-performance, although it will take months to ascertain the size and commercial potential of this discovery. We estimate that a discovery of 350 MMbbl exploited with a leased floating-production-storage-offloading platform could have an net-present-value of 10 of US$1 billion and an internal rate of return of 15%, assuming an oil price of $85/bbl. The fiscal regime is a production-based production-sharing contract, allowing access to price upside but with little cushion against low prices. We estimate a price of $70/bbl would be needed to break even,” reports the firm.

According to Wood Mac, the Liza-1 discovery follows two disappointing wells drilled on the shelf in 2012: CGX Energy's Eagle-1 and Repsol's Jaguar-1. Until Liza-1, the only material discovery in the Guyana Basin was Shell's Zaedyus oil find in French Guiana in 2011, although two appraisal wells drilled over 2012-2013 had disappointing results. The Zaedyus appraisal demonstrates the risks around discovery volumes in the basin, specifically regarding seal integrity and hydrocarbon migration.

“The discovery could create tension between Guyana and Venezuela. Venezuela has historically laid claim to the western two-thirds of Guyana. While the Liza-1 discovery lies in uncontested waters, a portion of the Stabroek Block extends into territory claimed by Venezuela,” reports the firm.

Stabroek also contains the Ranger prospect, a potential Upper Jurassic/Lower Cretaceous carbonate build-up with draped Lower Tertiary clastics, according to Wood Mac data. “This is a different play concept from the Liza-1 find and a number of other prospects that will be drilled across the basin in the next year, all of which are turbidite sandstones in Cretaceous fans.” 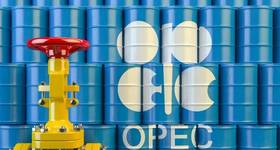 Inside OPEC, Views are Growing That Oil's Rally Could be...