The anchor handling tug supply vessel Far Sigma has been awarded a one well contract by Lundin Norway to support their drilling program with Island Innovator on the Norwegian Continental Shelf. Commencement will take place end of February 2017.

Fairfield Betula Ltd. has awarded the platform supply vessel (PSV) Far Symphony a 12-month contract to support their operation on the UK shelf. Commencement will take place during April 2017. Fairfield has the option to extend the contract with additional six months.

The PSV Far Server and the PSV Far Serenade have been awarded three- and five-month contracts, respectively, (including mobilization) by an international operator to support a field development project offshore Egypt. Commencement will take place end of February 2017. The contracts can be extended with another 30 days. Both vessels have been taken out of lay-up and are mobilized for the contract.

The PSV Far Spica has received an extension of four months by the charterer where she has been employed since August 2015. The extension will commence in direct continuation of current contract as from 1 March 2017. Charterer has additional three months options thereafter.

Petro Services, with end client Total, has awarded the PSV Far Starling a one-month contract to support a “ready for operation” campaign in Congo. Petro Services has the option to extend the contract to complete the campaign. Commencement will take place end of February 2017. 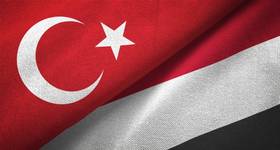