Brazil’s senate has removed President Dilma Rousseff from office today (31 August) in a 61-20 vote, convicting her of breaking budget laws, and masking the extent of Brazil’s financial woes.

Rousseff was suspended from office on 12 May, with Michel Temer appointed as interim president. Earlier today, Temer was officially sworn in as the country's new president, and will stay in office until 31 December 2018.

The vote was reached after six days of sessions, lasting more than 60 hours. Only 54 votes, representing two-thirds, were needed to impeach Rousseff.

What will this mean for Brazil, and for the country’s oil and gas industry?

Dr. William (Bill) Arnold, professor in the practice of energy management at the Jones Graduate School of Business at Rice University, has had a history with Brazilian oil giant company Petrobras since the late 1970’s.

Arnold told OE that “Brazil has long had a very aggressive ‘national content’ requirement for major projects, in particular in dealing with Petrobras.  The goal was to develop national capability in engineering and manufacturing.  In many ways this was successful, but it also created an environment which facilitated corruption.”

“Dilma [Rousseff] chaired the board of Petrobras for a decade while the corruption was mounting, but I have seen no allegations of her involvement. That could lead to a view that she was not as actively engaged in her role as she might have been.  Her impeachment was based on unrelated charges,” Arnold said. “Going forward the impeachment may have the salutary benefit of ‘clearing the air’ - to some extent.  Brazil seems to have been paralyzed by the impending impeachment, installation of an interim government, as well as the prosecution of politicians, executives of the engineering and construction companies, and Petrobras officials.  Putting the impeachment behind them may make it  one step easier for the remaining leadership to look to the future.”

Today (31 August) marked the last day of the trial, when it was revealed that the Senate had voted in favor of impeachment. Rousseff's reign over the corrupt country lasted one year and eight months.

The entire impeachment process for Brazil’s first female president took four and a half months. During that time, several disagreements and intense debates took place between allies and opponents of Rousseff.

Rousseff will have 30 days to leave the Alvorada Palace, the official residence of Brazil’s president.

Around 3:00 p.m. CST, Temer was officially sworn in as Brazil's new president in a 13-minute closed session. According to Senado Federal, Temer promised to maintain, defend, and enforce Brazil's constitution. 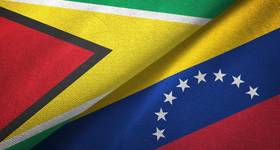