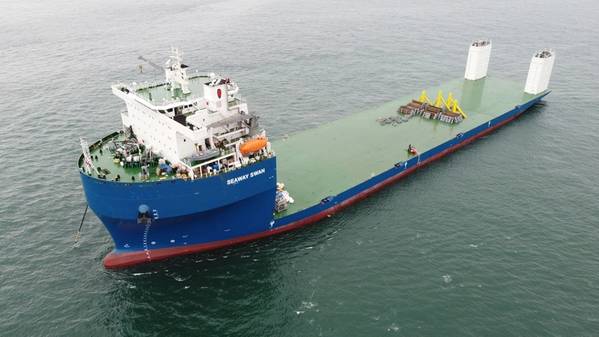 Seaway Swan is a 50,000 DWT Heavy Transport Vessel (HTV) with an open stern and large deck free from obstructions.

This addition to Seaway 7’s HTV fleet will further extend the company’s capacity to load larger and longer cargoes such as XXL monopiles, and modules that would typically need to be skidded on and off the vessel over the stern. The Seaway Swan is suitable for float-over operation projects, feeder duties alongside installation vessels, and offshore (subsea) construction support, due to its Dynamic Positioning (DP2) capabilities.

The vessel wwas built by Qingdao Beihai shipyard, part of the CSSC group. Following sea trials earlier this spring, Its maiden voyage will commence later this summer when Seaway Swan will transport four large Ship-to-Ship cranes from their pick-up point in Qingdao, China to Alexandria, Egypt for discharge in September.

The vessel is registered in Norway and carries the Norwegian International Ship Register (NIS) flag.