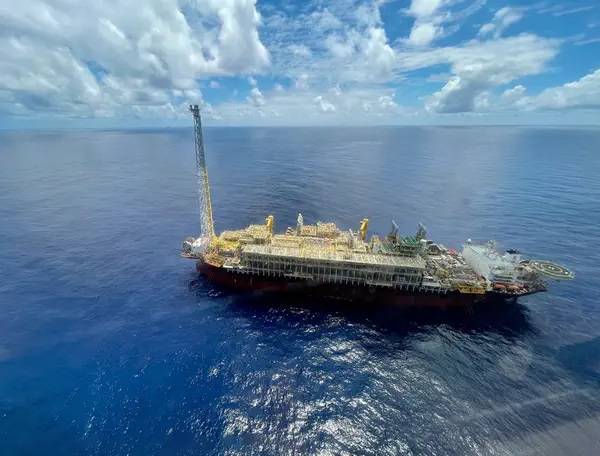 Oil production at Brazil's Petrobras fell in the second quarter as asset divestments, and increased work stoppages took their toll, while the company's refinery utilization rate hit a whopping 97%.

In a securities filing, Petroleo Brasileiro, as the state-run firm is formally known, said crude production came to 2.114 million barrels per day, down 5.2% from the previous quarter and 5% from the same period a year ago.

Including natural gas, the company produced 2.653 million barrels of oil equivalent per day (boepd), down 5.1% in both quarterly and annual terms.

In comments accompanying the results, Petrobras attributed the decline to the sale of 10% of its Sepia and Atapu fields to a pair of Chinese state-run companies, China National Offshore Oil Corp and China National Offshore Development Corp. The company also completed a smaller divestment to Brazilian oil independent 3R Petroleo Oleo e Gas.

The company characterized the production decline as in line with expectations and said it was not revising its 2022 production guidance of roughly 2.6 million boepd.

Two major platforms, the P-68 and the Carioca FPSO, continued to ramp up, while the Guanabara FPSO came online.

Refinery utilization rates came in at 89%, up 2% in quarterly terms and 14% in annual terms. Its refineries were running nearly full tilt, at 97%, at the end of June.

Petrobras warned there would be a significant number of planned stoppages at its refineries in the second half of the year, particularly during the fourth quarter.