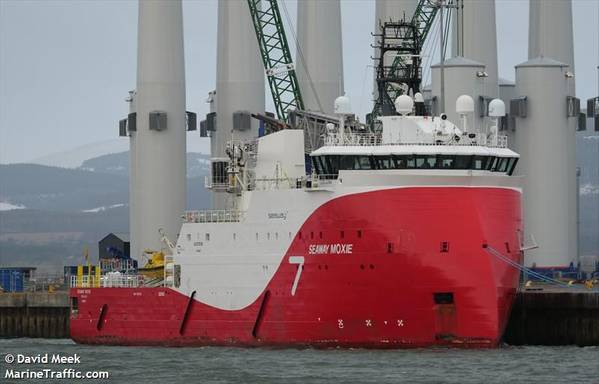 Offshore wind installation company Seaway 7 said Tuesday it had won a "sizeable" contract with Energie Baden-Württemberg AG (EnBW) for the delivery and installation of inner-array grid cables on its 900MW He Dreiht offshore wind farm project in Germany.

Seaway 7, a renewables business branch of Subsea 7 which last year merged with OHT, will be responsible for the the supply and installation of around 100 km of 66 kV subsea power cables and respective cable protection systems for the EnBW-run offshore wind farm.

Under the contract, which is subject to the offshore wind project reaching financial close by mid-2023, Seaway 7 plans to start offshore cable laying work in 2025

The He Dreiht award is the second inner-array grid project awarded by EnBW to Seaway 7, after the Baltic 2 Offshore Wind Farm, which was completed in 2015..

He Dreiht offshore wind project, which is expected to feature giant 15 MW wind turbines, is located in the German Exclusive Economic Zone (EEZ) of the North Sea, approximately 85 km north of the Borkum island and 95 km west of the Helgoland island, and was the first subsidy-free winner in the German auction.

Project Director EnBW He Dreiht Jörn Däinghaus, said: “We are working intensively on the preparations for He Dreiht in the lead-up to our investment decision in 2023 and are excited to have Seaway 7 on board for this project as well.”

Harke Jan Meek, Chief Commercial Officer of Seaway 7, said: ‘We are pleased to build on our relationship with EnBW for this important project in Germany. The award demonstrates our continued leadership in submarine cable installation for offshore wind, building on our significant experience delivering projects on an EPIC [Engineering, Procurement, Installation, and Commissioning] basis."

While Seaway 7 said the contract was a "sizeable" one, it did not provide details on the exact value. Worth noting, in its previous announcements related to other offshore wind projects, Seaway 7 said the "sizeable” contracts for the company are those worth between $50 million and $150 million.